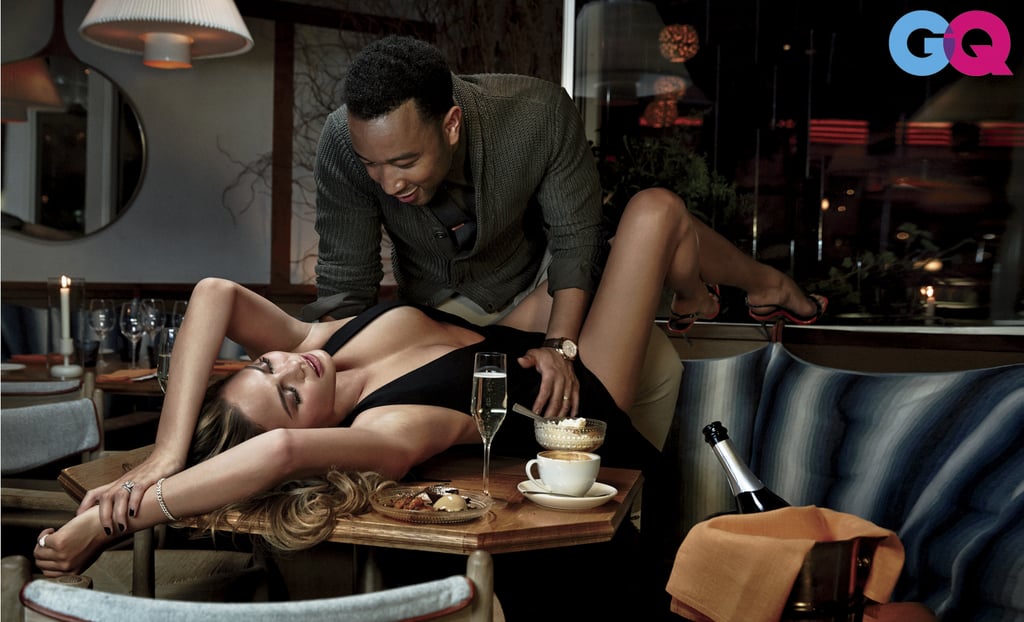 John Legend and Chrissy Teigen Heat Up the Pages of GQ, Just in Time For Valentine's Day

Remember that photo shoot we caught Chrissy Teigen and John Legend doing in the streets of NYC last month? Well, turns out the sweet snaps were for a spread in GQ's US February issue — which hits newsstands tomorrow — and, well, there's plenty more PDA to pore over. One photo shows Chrissy and John sharing a smooch in front of a giant piece of art, and in another, they couple gets supersexy on top of a restaurant table (perhaps a nod to Chrissy's love of cooking?).

John and Chrissy have been giving us one romantic moment after another since they tied the knot in September 2013; most recently, Chrissy was by her man's side when he took home a best original song Golden Globe Award for "Glory," his collaboration with rapper Common for the film Selma. We'll likely see even more adorable red carpet PDA between the two when they attend the upcoming Grammys and Oscars next month. For now, scroll through to see John and Chrissy's majorly sexy GQ photos.