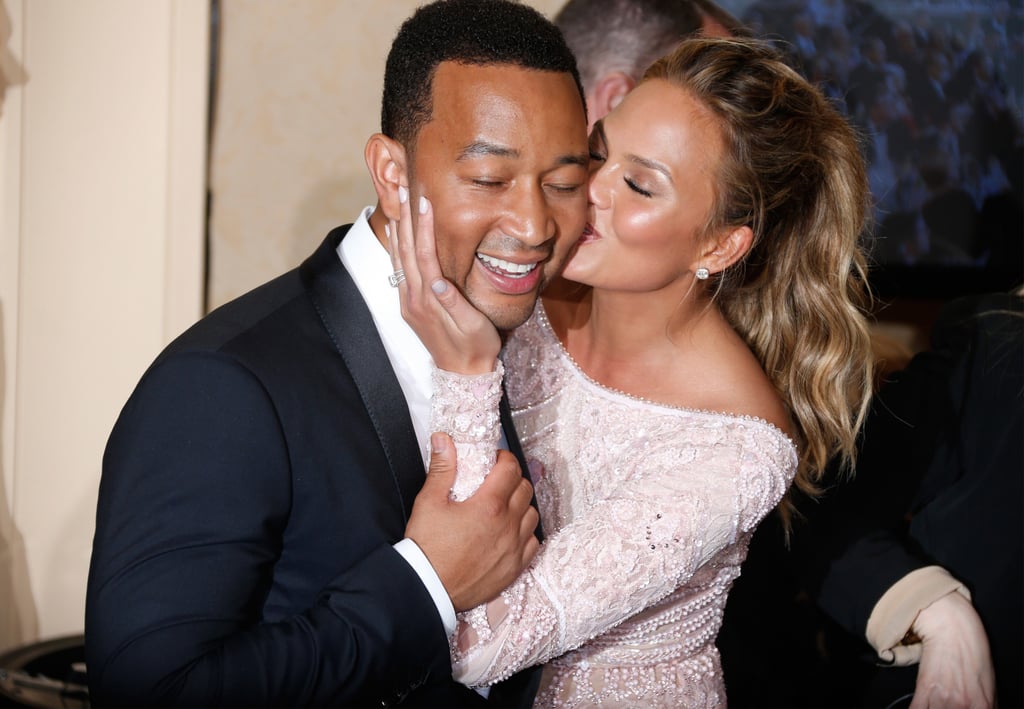 John Legend and Chrissy Teigen first met on the set of his music video for "Stereo" back in 2007 and tied the knot in a lavish Italian wedding in September 2013. While it's common knowledge that John wrote "All of Me" for Chrissy, the R&B crooner was making sweet music for his wife long before the track came about. Remember "Good Morning" and "The Beginning"? Yep, you can thank Chrissy for those. In 2014, Chrissy even tweeted about her contributions to the music industry, writing, "2 grammy noms for @johnlegend no one has congratulated me for being the inspiration behind 'all of me' without me there is no all of me." Scroll through to see which other songs were inspired by John's other half.