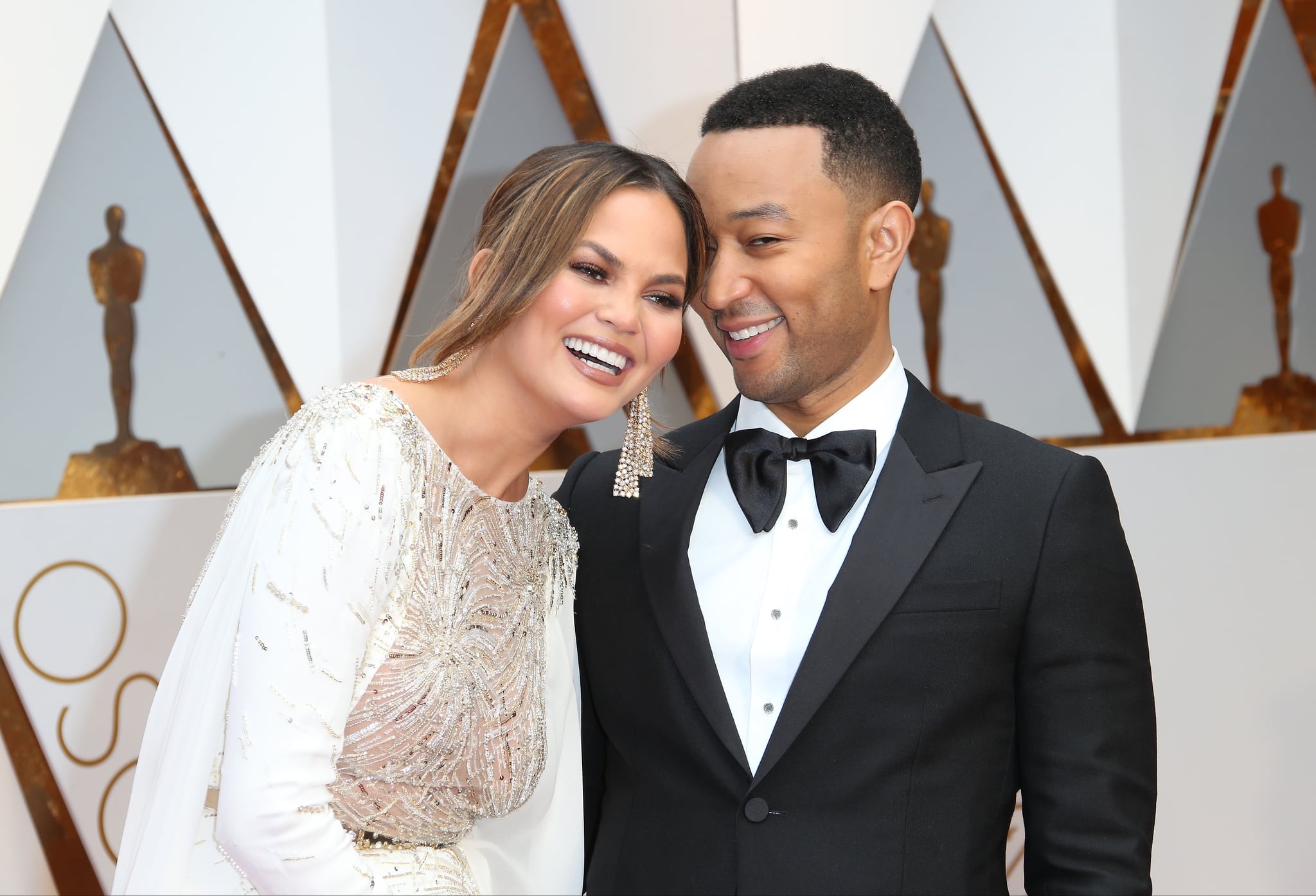 The one thing John Legend might take more seriously than his music career is his role as a loving husband and father. Chrissy Teigen recently opened up about her battle with postpartum depression in the April issue of Glamour, and John has been by her side every step of the way. "For me as a husband, it was my job to do the best I could to support her and understand what she was going through and do whatever I could do to help her. I feel like that's the least I could do," he told People at the Hollywood Reporter and Jimmy Choo Stylists Dinner in LA on Tuesday. "[As a man] you don't know internally what it feels like. You should read about it and understand what it is and really just be there to help. You need to be present and you need to be compassionate. And we're all learning and trying to figure it out as we go. At least do that and try to figure it out together."

In Chrissy's raw essay, she revealed why she waited to share her struggle, and no one was prouder than John. "I'm glad she wrote about it. I think it was powerful for her to let a lot of women know they're not alone, and no matter how much money you have or fame, anybody can feel that. And it's hard for anybody no matter how successful you are and how many resources you have."