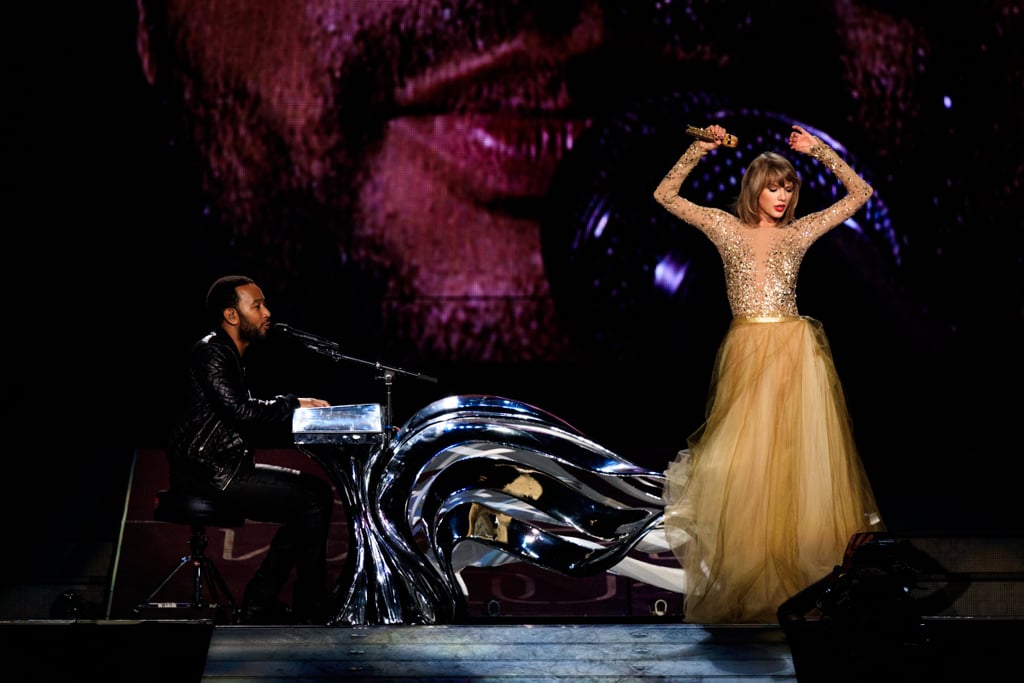 Taylor Swift's string of sold-out LA shows continued on Tuesday at the Staples Center. She's had more than a few famous faces in the crowd during her West Coast concerts and has even brought stars on stage — did you see her hilarious moment with Ellen DeGeneres? In the latest surprise for concertgoers, John Legend joined Taylor for a sweet duet of "All of Me," which both Taylor and John's wife, Chrissy Teigen, posted about on Instagram. Chrissy wrote, "All of me loves all of T," while Taylor shared, "All of me. John Legend. All the feels" and added on Twitter that "everyone sang along." Watch a short clip and see more of their stage moments ahead, and then read about Taylor professing her love for boyfriend Calvin Harris on stage.

A post shared by On Air with Ryan Seacrest (@onairwithryan)