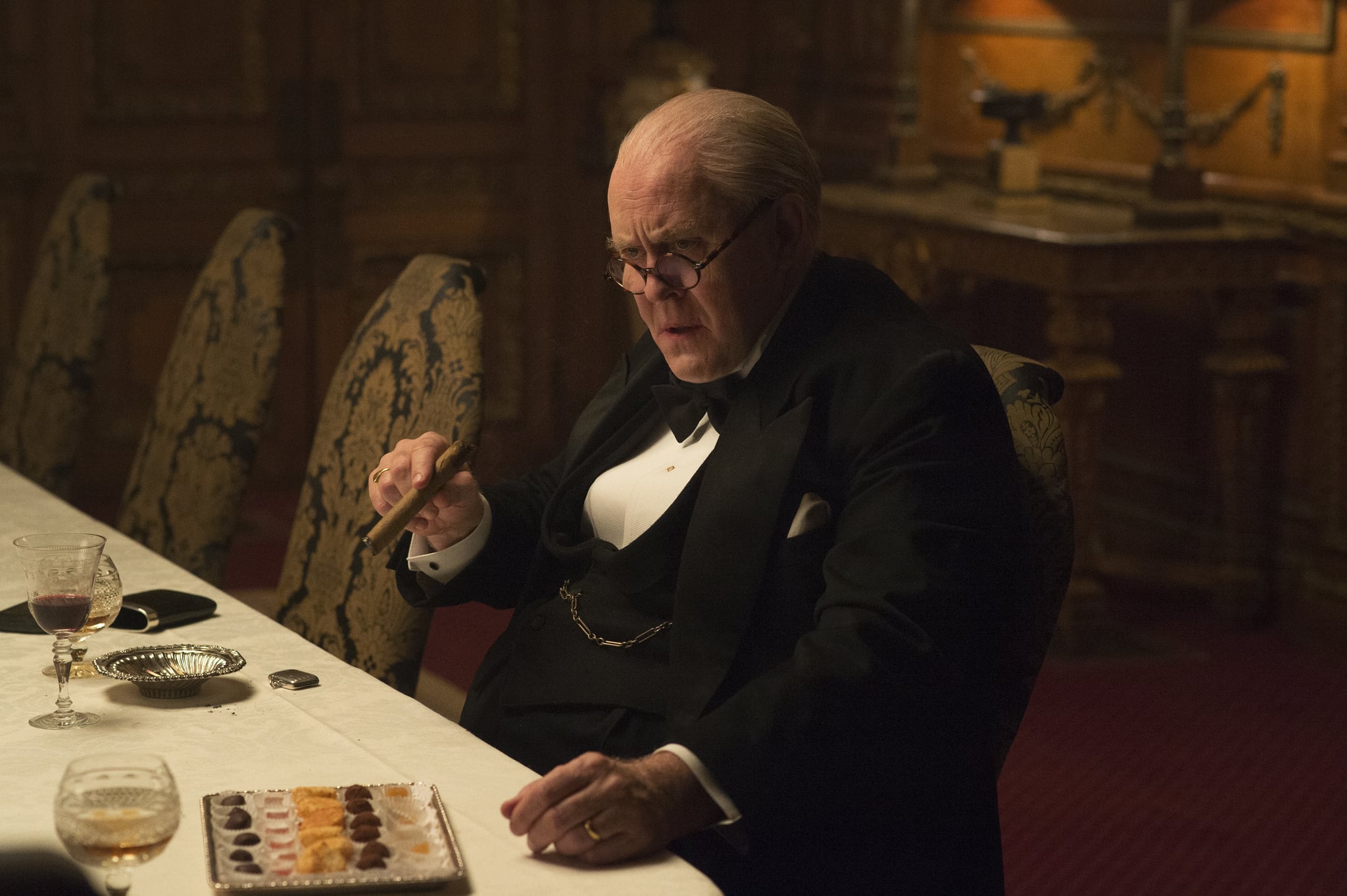 At Sunday night's SAG Awards, both John Lithgow and Claire Foy joined the winners list for their work on The Crown; the two took respective wins for outstanding male and female actor in a drama series. After giving their acceptance speeches, the pair took on the press room together for a Q&A. One journalist asked how Lithgow, at a staggering 6'4" in height, played the historically small Winston Churchill, who, according to his biography, was 5'6". As it turns out, Lithgow rehearsed for nearly 10 full days before he asked Stephen Daldry, one of the series directors, what they were going to do about the 10-inch disparity. Surprisingly, they really didn't need to do much; but there is one of many small details you can look out for. "The only accommodation they made for my height," Lithgow revealed, "was to make the Downing Street door about six inches taller than it actually is." Obviously, we're going to have to watch the series over again and see if we can spot the tweak.