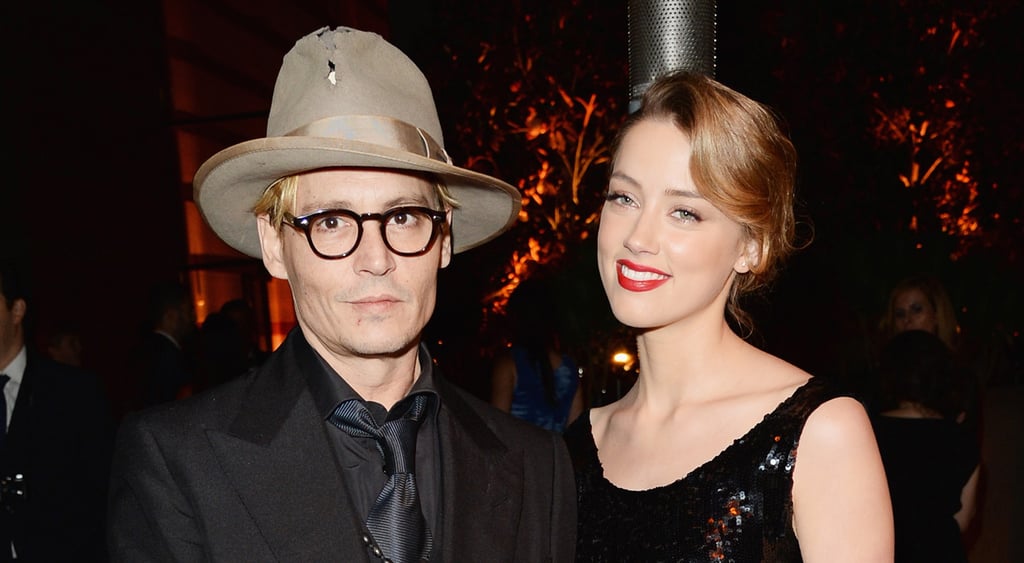 Johnny Depp and Amber Heard are engaged! Rumors swirled about the couple's relationship news after Amber was spotted trying to hide a ring on her left hand earlier this week. The famously private couple has yet to confirm or deny the news, but a source revealed to People that "they couldn't be happier to be engaged and excited to share the rest of their lives together."

Johnny and Amber met on the set of The Rum Diary and were rumored to be linked after Johnny split from longtime love Vanessa Paradis in 2012. The two first stepped out in public for a Rolling Stones concert in April 2013 and soon were hitting the red carpet together for high-profile events. Despite being together for 14 years and having two children together, Johnny and Vanessa never wed — are you surprised that he's reportedly making things official with Amber?