Johnny Depp donned his full Jack Sparrow gear to cover this week's issue of Entertainment Weekly. He is, of course, promoting Pirates of the Caribbean: On Stranger Tides ahead of the film's release later this month. Fans of the franchise were a bit disenchanted with the most recent Pirates films, and Depp admits that Dead Man's Chest and At World's End were convoluted and confusing — but he also explains why the newest sequel will be different (and much easier to digest): 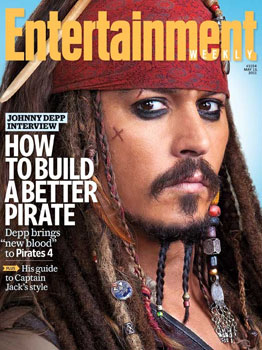