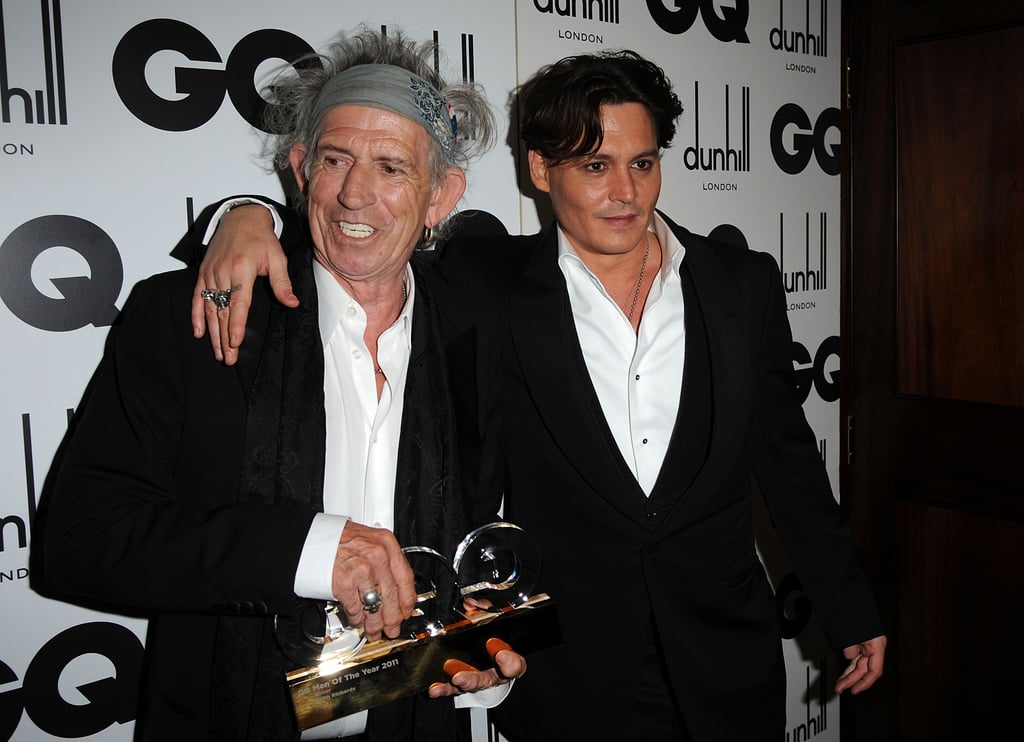 Johnny Depp attended the GQ Men of the Year Awards in London last night. He was on hand to pay homage to his buddy Keith Richards, who won the writer of the year honor. In accepting his award, Keith revealed that his memoir Life is being turned into a movie. On just who would play him in a big-screen version, Keith said, "There are feelers out at the minute — I’m in no rush right at the moment. Also, how are they going to find me? The idea of a succession of Keith Richards coming down is horrifying." Johnny has already immortalized Keith on film, since the actor's portrayal of Captain Jack Sparrow in Pirates of the Caribbean is famously based on the rock legend. The evening was Johnny's latest stint out on the town. He spent Friday night at a pub, reportedly drinking beer from a champagne glass as he watched the band The Tricks play.

Johnny Depp
Why Milani Cosmetics Was Named in the Amber Heard vs. Johnny Depp Trial
by Sabienna Bowman 24/4