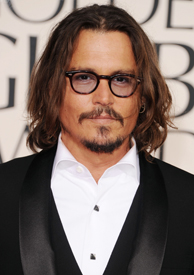 Johnny Depp is no stranger to portraying iconic literary figures, and his next role is going to put him at the end of the yellow brick road. Depp is in talks to star in Oz the Great and Powerful after the studio's last choice for the part, Robert Downey Jr., dropped out.

Depp will play Oz in the prequel, which follows the regular man who becomes a wizard (the wonderful wizard) after dropping in on the magical land visited by Dorothy in The Wizard of Oz. Can you see Depp as the man behind the curtain — and do you think he's a better choice than Downey?