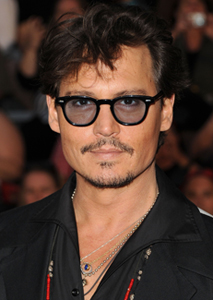 From a pirate to a P.I.: Johnny Depp is set to star in a remake of The Thin Man with his Pirates of the Caribbean: On Stranger Tides director Rob Marshall on board as well. The film is a reboot of the 1934 Oscar-nominated original and an adaptation of Dashiell Hammett's book.

The story follows detective Nick Charles as he solves a mystery alongside his wife, Nora. Depp will play Nick, and since there's no news yet on who will play Nora, let me know who you'd like to see as Depp's next leading lady in the comments.