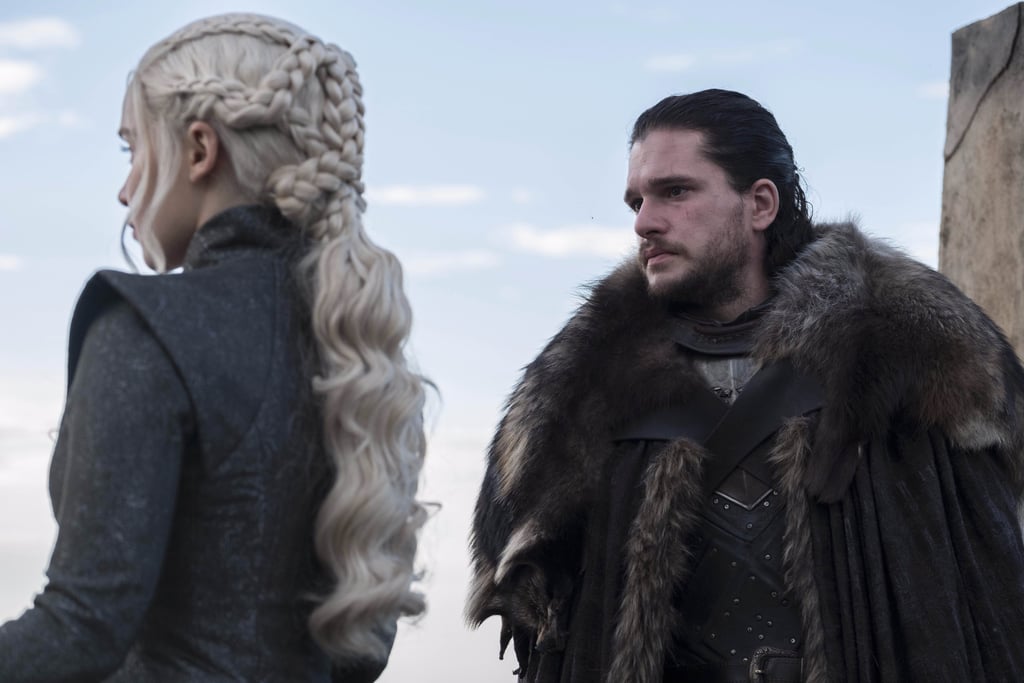 After that sexy cave scene on this week's Game of Thrones, that feeling that rose up when Jon Snow and Daenerys Targaryen first laid eyes on each other totally intensified: that these two need to get together. Besides just the fact that he's hot, she's hot, and, oh, they're totally destined for one another, the showrunners also confirmed that it wasn't just your imagination that the cave was hotter than Drogon's breath. During episode four's Inside the Episode clip, David Benioff casually mentioned that things are getting complicated between them because "they're starting to be attracted to each other."

As they keep warming to each other even more, we find ourselves getting impatient to see them as a couple. Yes, they are technically related, but besides that not really being a big deal in Westeros, their marriage could unite the people in the way they both hope. After all, Daenerys keeps asking Jon to bend the knee, and we hope he does . . . in the form of a marriage proposal. Here are all the reasons, sexy and sensical, that this marriage needs to happen.