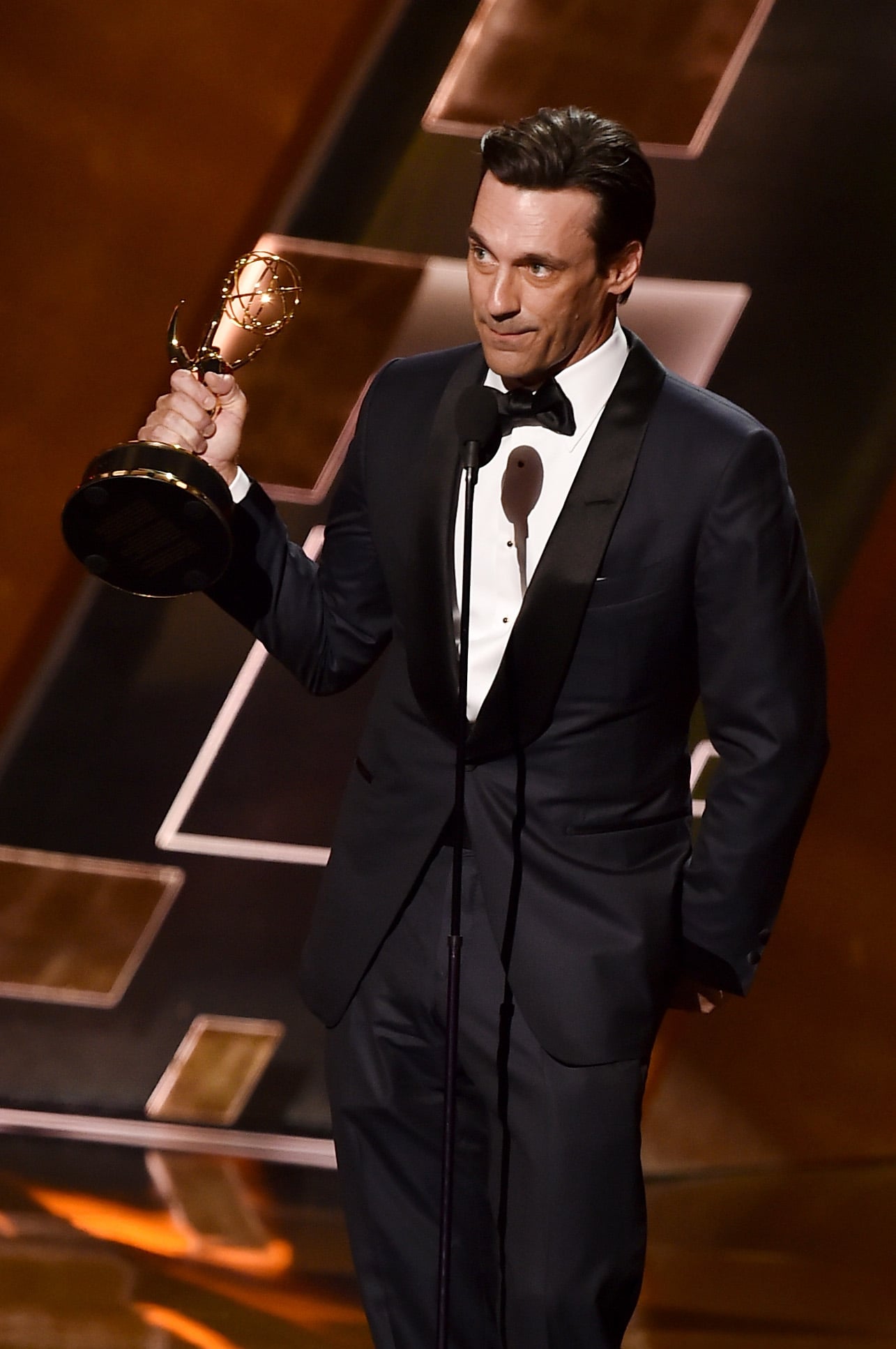 Jon Hamm took home his first-ever Emmy on Sunday night, finally being honoured as outstanding lead actor in a drama series for his role as Don Draper on Mad Men, after being nominated seven times. During his acceptance speech, Jon read off a list of people, including family members, friends, and co-workers — and before wrapping up, he thanked "Cora and Jen," who happen to be Jennifer Westfeldt, his girlfriend of nearly 18 years whom he recently broke up with, and their adopted Shepherd mix, Cora. See the reaction Jon's speech got from his Mad Men costar Christina Hendricks, then see who else took home Emmys on Sunday night.