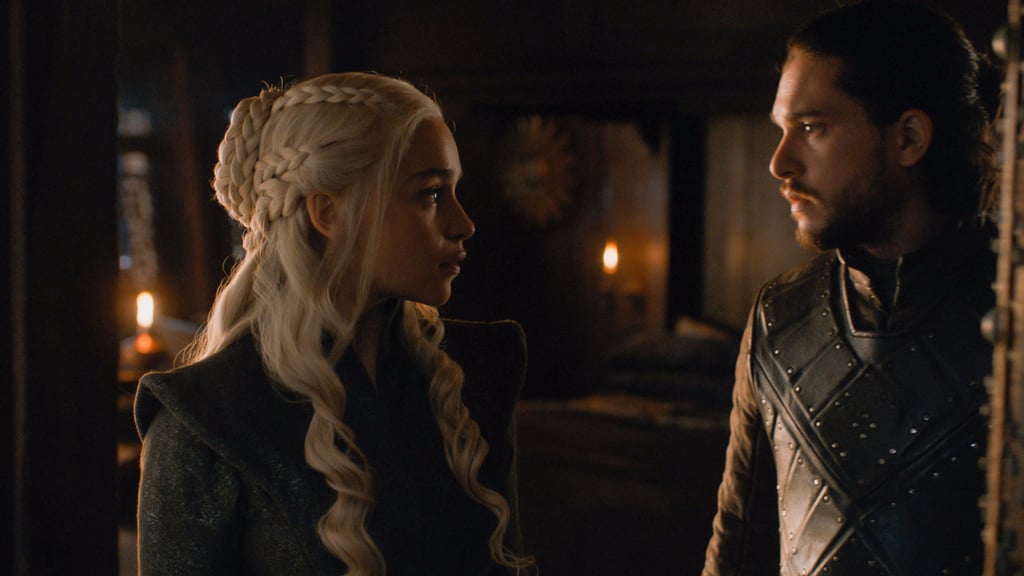 Sure, there was plenty of action in the Game of Thrones season seven finale, but let's be real: the main takeaway is Jon Snow's butt. After fans watched the steamy scene between Jon and Daenerys Targaryen, they had a lot to say about the pair's chemistry — but even more to say about Jon's butt. Among the many naked Jon Snow moments that have blessed us all, this officially ranks toward the top, particularly because that wasn't actually Harington's backside that we saw during his cave scene with Ygritte back in the day. Bottom line: we are grateful, and so are the many, many fans who completely lost their sh*t over that glorious glimpse. Check out some of the most hilarious reactions to Jon Snow's perfect butt, then relive some of his sexiest moments ever.