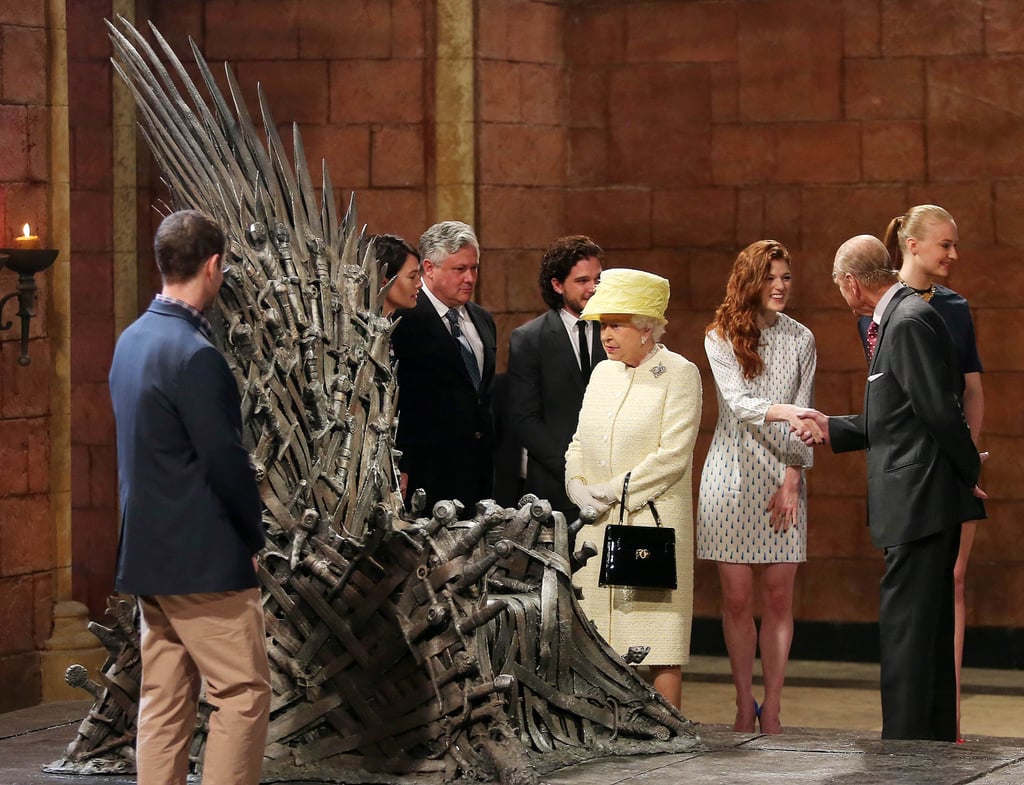 From the British throne to the Iron Throne, Queen Elizabeth II and Prince Philip, Duke of Edinburgh, made their way to the Game of Thrones set in Belfast, Northern Ireland, on Tuesday. The royals of House Windsor were greeted by both House Stark and House Lannister, as cast members Lena Headey, Kit Harington, Maisie Williams, Sophie Turner, and Conleth Hill were there for the event. During the pair's visit, they checked out props and set pieces from the show. And although the queen declined to sit on the Iron Throne of swords, she did take home a miniature statue of the throne. See all the pictures from the queen's Game of Thrones set visit below!