It's pretty much universally accepted at this point that Jon Snow isn't really Ned Stark's son on Game of Thrones, but even the bastard apple doesn't always fall far from the tree (even if the apple is actually the nephew of the tree). Over the course of six seasons, we've watched Jon slowly evolve from family outcast to badass leader, and there's no denying how much Ned has inspired the man Jon has become — right down to his fashion sense. 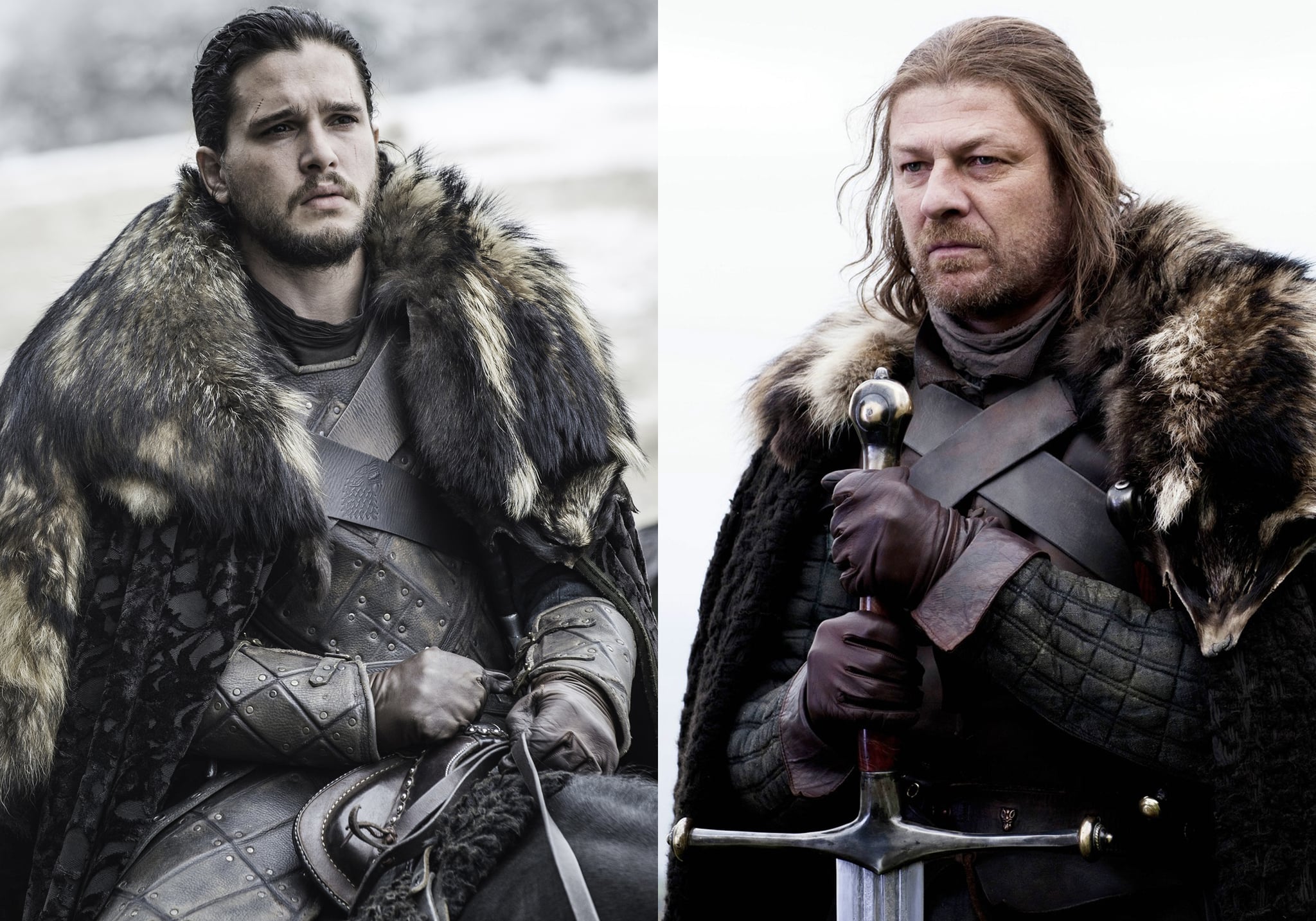 They're both great (but reluctant) leaders.

In season one, Ned initially declines Robert Baratheon's request for Ned to be his Hand to the King. Though Ned is a loyal friend, he's never really desired being in a place of high power. However, his commitment to justice (in this case, investigating the Lannisters and Jon Arryn's death) and doing what's best for Westeros eventually sways him to head to King's Landing. Similarly, Jon has no aspirations of being Lord Commander when he first joins the Night's Watch, but ultimately accepts the position when it's decided by the group that he's the right choice. Jon tries to decline leadership again when Sansa reveals her plan to take back Winterfell; at this point, Jon has already been murdered for his role and has no interest in heading up an army and going into battle. However, like Ned, his commitment to doing the right thing, especially for his family, puts him in charge once again (though really Sansa is pulling a lot the strings here). 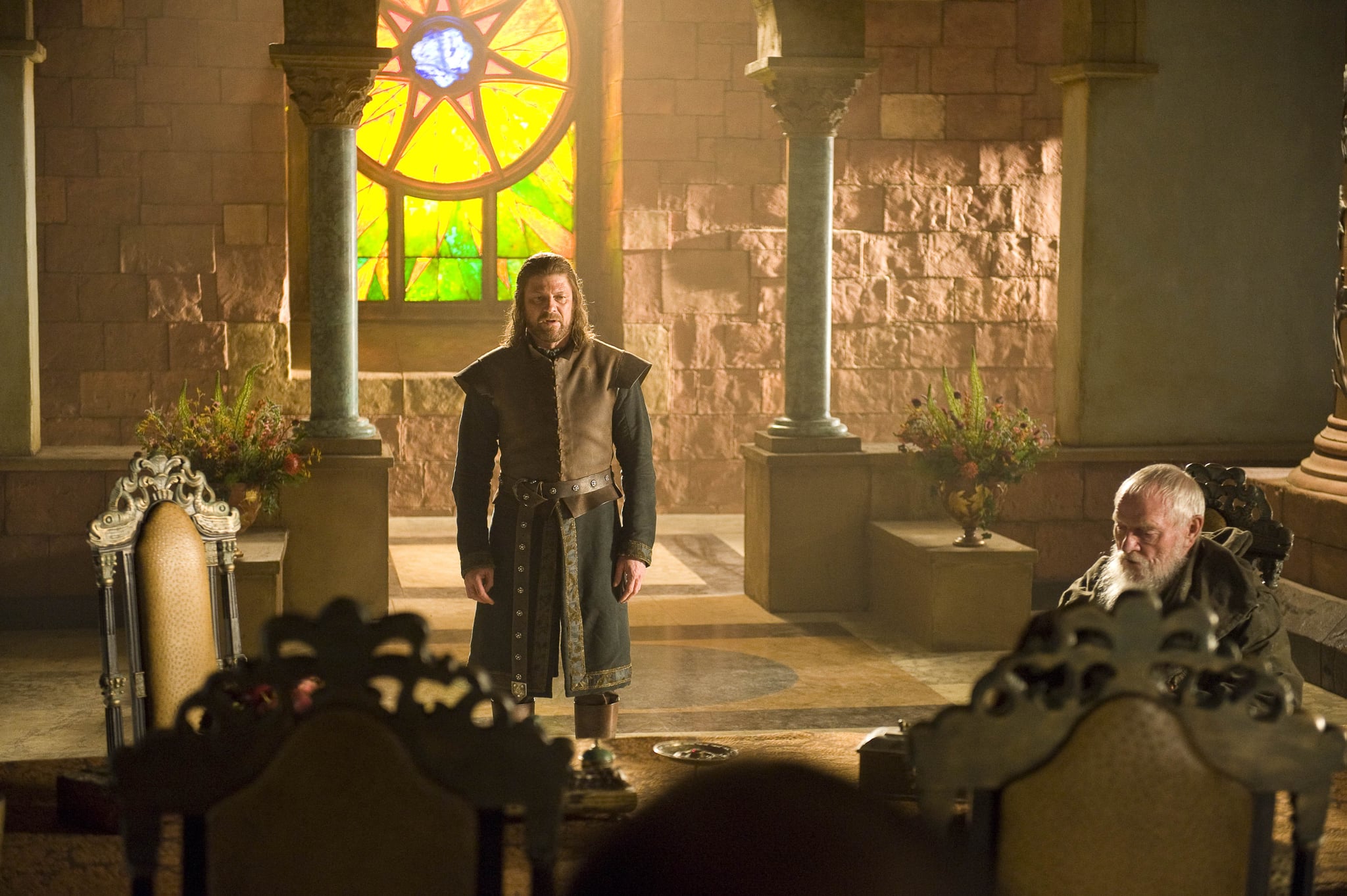 They refuse to compromise their morals

There's no denying that the Stark men are honourable, but unfortunately, like his father (and his brother Robb), Jon's rise to power ends in tragedy — and all three men fall due to an inherent difficulty in playing the darker side of the titular game of thrones. As Hand to the King, Ned is basically outplayed by everyone in King's Landing once Robert dies — proving to be no match for Littlefinger and the Lannisters, he ends up with his head on a spike, going to the grave refusing to truly acknowledge Joffrey as the true king (despite his final false confession). Jon gets into hot water with the Night's Watch when he won't turn his back on the wildlings (at the urging of many of his own men) — and pays the price when his men stage a mutiny. In his second life, Jon makes another grave mistake due to emotion — in the Battle of the Bastards, he's unable to stick to the plan to wait for the Bolton army to charge. Once he watches his brother Rickon die, he can't help but run straight for Ramsay (which also leads his army directly into a trap). Thankfully, things have worked out better for Jon than for Ned. 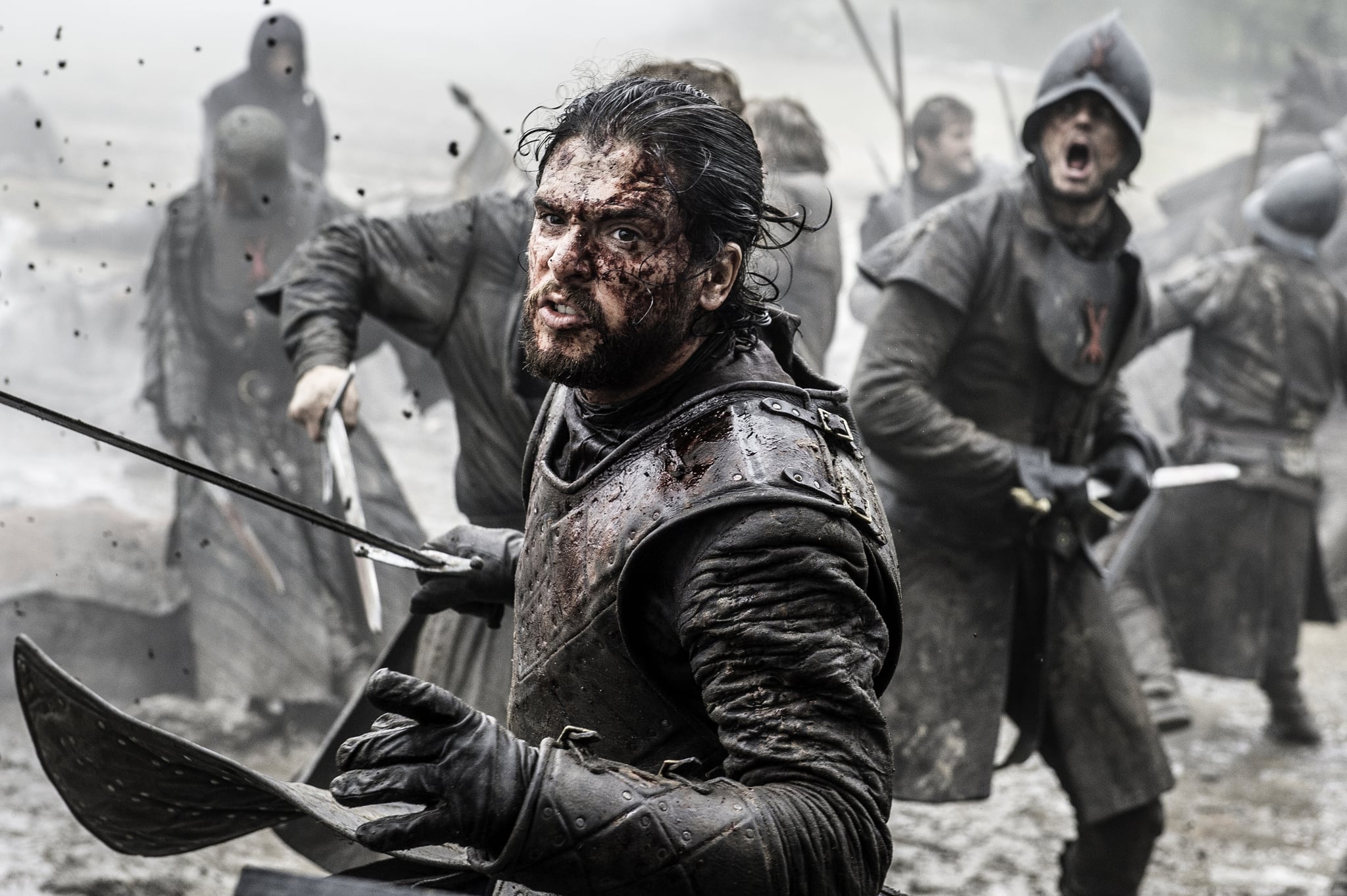 It's clear from the very first episode of Game of Thrones that Jon is heeding his father's advice very carefully. In one of the first scenes of the show, Ned beheads a deserter of the Night's Watch as his sons look on, noting the importance that he do the beheading himself since he's delivering the sentence. Later, Jon follows suit in beheading Janos Slynt, after Slynt fails to acknowledge Jon as Lord Commander, and again in season six when Jon sees that the Night's Watch mutineers are hanged.

Jon has always had the look of a Stark (moreso than Sansa, for example, who shares more similarities with her mother's side), but he's looked more like Ned than ever since his death experience. For starters, there's the man bun Jon has been sporting, which harkens back to the Ned Stark mini-ponytail of season one. Then, there's the matter of armour: in season six, Jon has started wearing the Stark armour we previously saw on both Ned and Robb. Completing the look is the new fur cloak that Sansa makes and gifts to Jon after their reunion, which she modelled after the one their father used to wear. (Jon and Ned also share the uncanny ability to beautifully brood, but that's nothing new.)