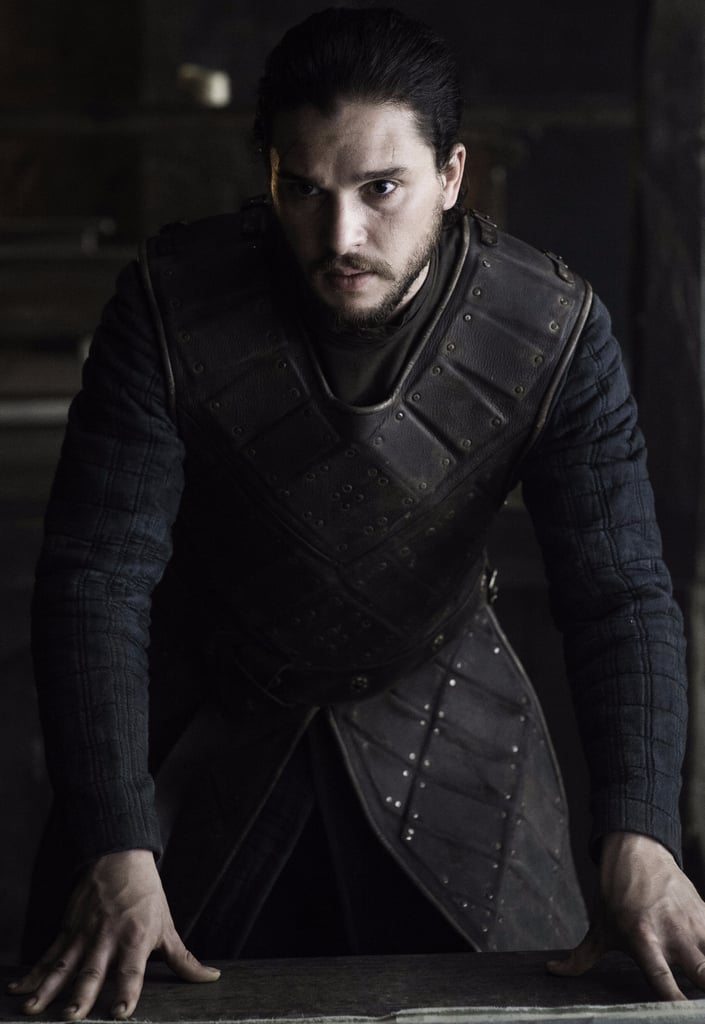 Jon Snow's wardobe has been pretty static for the past five seasons of Game of Thrones . . . and by "static," we mean "all-black everything." As a man of the Night's Watch, Jon dyed all of his leathers and furs to fit the uniform colour, leading to some pretty predictable costume changes during his time at (and beyond) the Wall. But now that his watch has ended, Jon's love affair with moody ensembles has, too — and his most recent, subtle wardrobe change may have some pretty serious implications for the North.

Unless you keep regular note of different armour styles on the show, you probably missed the significance of Jon's brown leather coat of plates in season six, episode four. The vest, which consists of small armour plates sewn into boiled leather, has made appearances elsewhere in the series — and according to an observant Redditor, it's major foreshadowing for the show.

Throughout the entire series, Jon has worn very basic materials without much decoration (with some exceptions, as when he is training or going off to fight). When one pictures Jon Snow without his cloak, it's generally in that very plain, smooth leather top.

This episode he wears the Stark armour that Ned wore and Robb briefly wore too. This is significant, as he has never done so on screen. It's no coincidence that this happens right as his sister/cousin comes along and basically tells him that he can take back the North for the Starks.

That's right — Jon's new armour is in the traditional Stark style, which is worn by all of the Stark men and Winterfell soldiers during times of war. Thanks to Bran's vision of young Ned Stark at the Tower of Joy, we see Jon's father (or uncle, if our favourite fan theory proves true) and his bannermen donning the same style of light armour. Likewise, in season three, we see Robb Stark wearing the same brown leather and plate jerkin while he leads his northern forces against the Lannisters.

This new item of clothing might seem like a tiny change, but as a bastard, Jon has always felt alienated from the rest of the Starks; his armour seems to prove that he's finally poised (and willing) to take on a role of leadership within the family. Plus, as another Redditor pointed out, Jon's new hairstyle seems to be another connection with his roots.

Comment from discussion [EVERYTHING] Did anyone else notice a certain character's wardrobe change?.

We can't wait to see what role Jon will play as the new leader of the Starks — thanks to his family armour, he's already battle-ready. Read on to see how Jon, Ned, and Robb each rocked their traditional coats of plating while fighting for family honour.