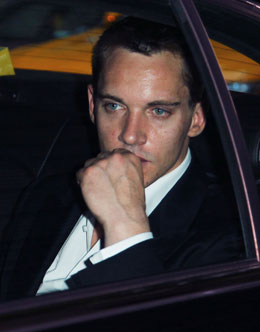 Jonathan Rhys Meyers will enter a rehab facility in London, his rep has confirmed. He is seeking treatment for his alcohol addiction, following a recent alleged incident at an airport. Reports suggest Jonathan's girlfriend, Reena Hammer, has given him an ultimatum to receive counselling for his drink issues, and has also asked him to get help with anger management.

The Irish actor has been involved in reported public disturbances before, and there have been rumours of trips to rehab. Let's hope he gets the help he needs this time around.