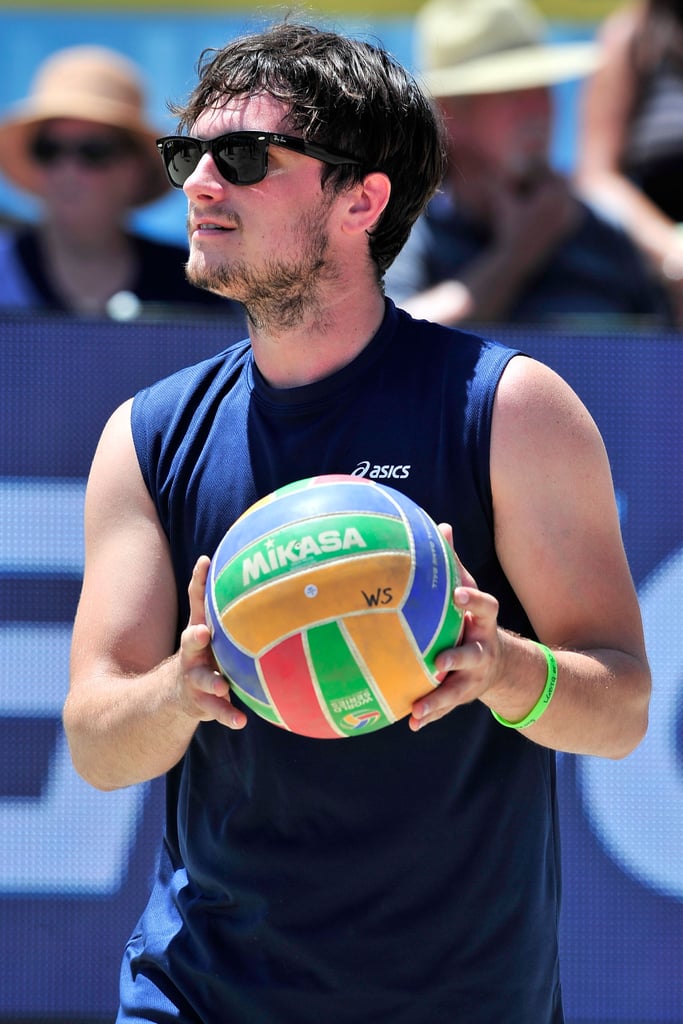 Josh Hutcherson put his buff arms on display during the Asics charity volleyball match in Long Beach, California, on Sunday. The Hunger Games actor showed off his surprising athletic skills — including spinning the ball on his finger — as he hit the sand with Team USA stars Kerri Walsh Jennings and April Ross. Along with a tank top and shorts, Josh was also sporting some facial hair on the beach, a bit of a different look for the usually clean-shaven star.

We last saw Josh at the Teen Choice Awards recently, where he posed for photos with Scream Queens' Emma Roberts, Lea Michele, and Keke Palmer and picked up the award for choice movie actor for his role in Mockingjay — Part 1. Josh also had a cute reunion with his costars Jennifer Lawrence and Liam Hemsworth at Comic-Con in July as they promoted the final film in the Hunger Games franchise, which comes out in cinemas in November. Keep reading to see Josh's day at the beach.