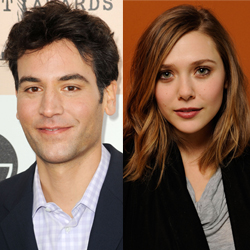 Josh Radnor's character on How I Met Your Mother may not have his main love interest yet, but in the movies, Radnor is lining them up. After the recent release of his directorial debut, HappyThankYouMorePlease, which Radnor wrote and starred in, too, he has just sealed a deal for his next project, a film called Liberal Arts, which he also wrote and will direct and appear in. The movie is about a 35-year-old professor (Radnor) who falls for one of his 19-year-old students, who will be played by Elizabeth Olsen (sister of Mary-Kate and Ashley). The movie will shoot while How I Met Your Mother is on hiatus.