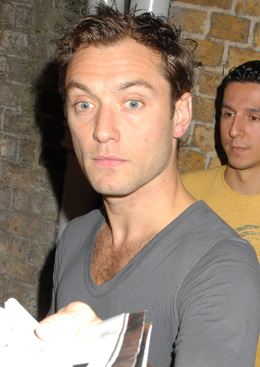 Jude Law is to become a father again after he was informed that a woman he was with at the end of last year is pregnant.

The baby will be Jude's fourth child, as he has three from his marriage to ex-wife Sadie Frost — apparently they were all informed before the news broke late last night. His rep released this statement:

Jude Law can confirm that, following a relationship last year, he has been advised that he is to be the father of a child due in the fall of this year. Mr Law is no longer in a relationship with the individual concerned but he intends to be a fully supportive part of the child's life. This is an entirely private matter and no other statements will be made."