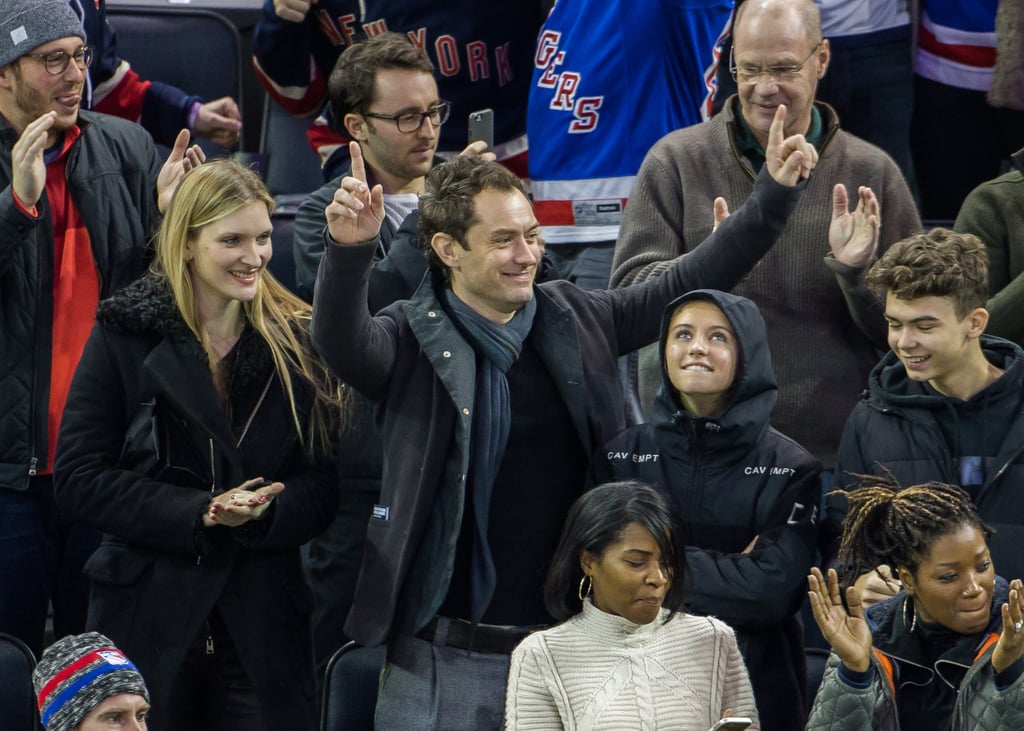 Jude Law turned a New York Rangers game into a family affair when he was joined by his girlfriend, Phillipa Coan, and his daughter, Iris, in NYC on Sunday. The trio got pretty animated as they watched the hockey team take on the New Jersey Devils at Madison Square Garden. Jude and Phillipa bundled up in dark jackets while his 15-year-old — whom he shares with ex-wife Sadie Frost — avoided the chill by donning a rain coat with the hood over her head. While the couple looked pretty cosy during the event, the 43-year-old actor also shared a few sweet father-daughter moments with Iris as they cheered on the home team. We love seeing Jude's modern family.