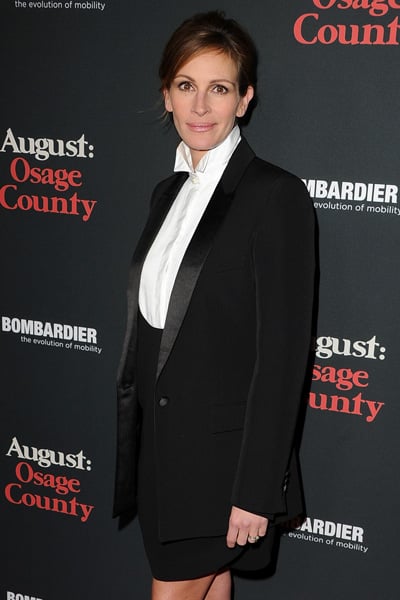 Julia Roberts rocked a sleek menswear-inspired look at the premiere of August: Osage County in LA on Monday night. The actress wore a white button-up blouse and black blazer to promote the dark comedy, which hits theaters in January. Julia previously hit the red carpet for the film's Toronto and NYC screenings with her costars Abigail Breslin, Ewan McGregor, and Dermot Mulroney, but this time she was joined by her onscreen mom, Meryl Streep. This is the first of the major premieres that Meryl has stepped out for since the press tour began — how great does she look? 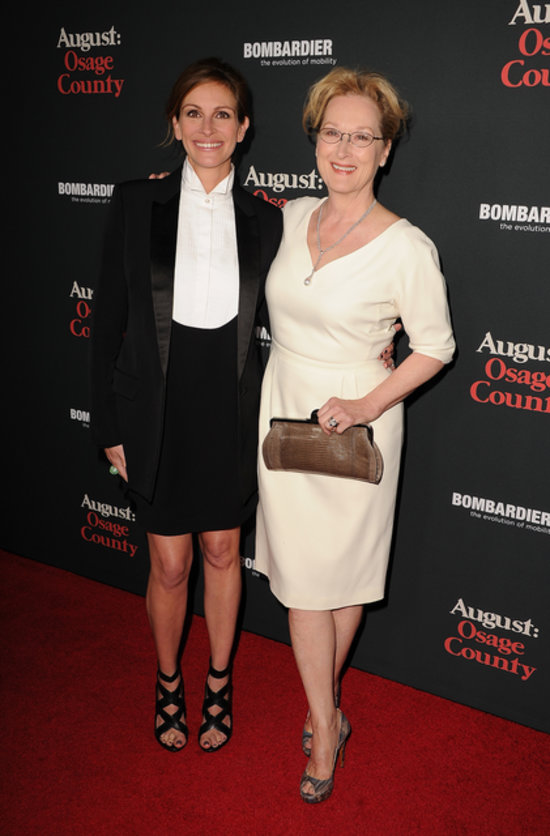 In addition to promoting her latest project (the role has already earned her a Golden Globe nomination!), Julia has had to field questions about her personal life. After rumors persisted earlier this month that she was pregnant with her fourth child, Julia shot down the reports in an interview with David Letterman, saying that there is no chance that she'll be adding to her family anytime soon. 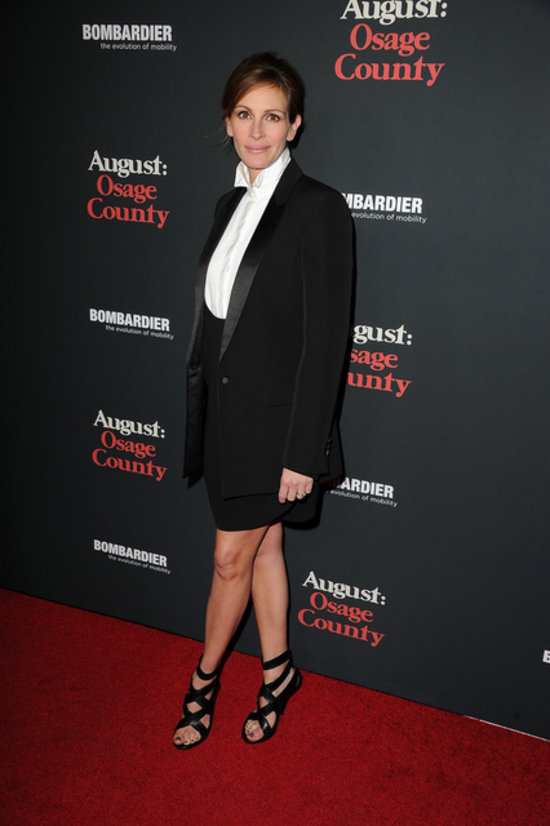 Image Source: Getty
Julia Roberts Is Just One of the Boys  originally posted on POPSUGAR Celebrity News
Red Carpet
Around The Web