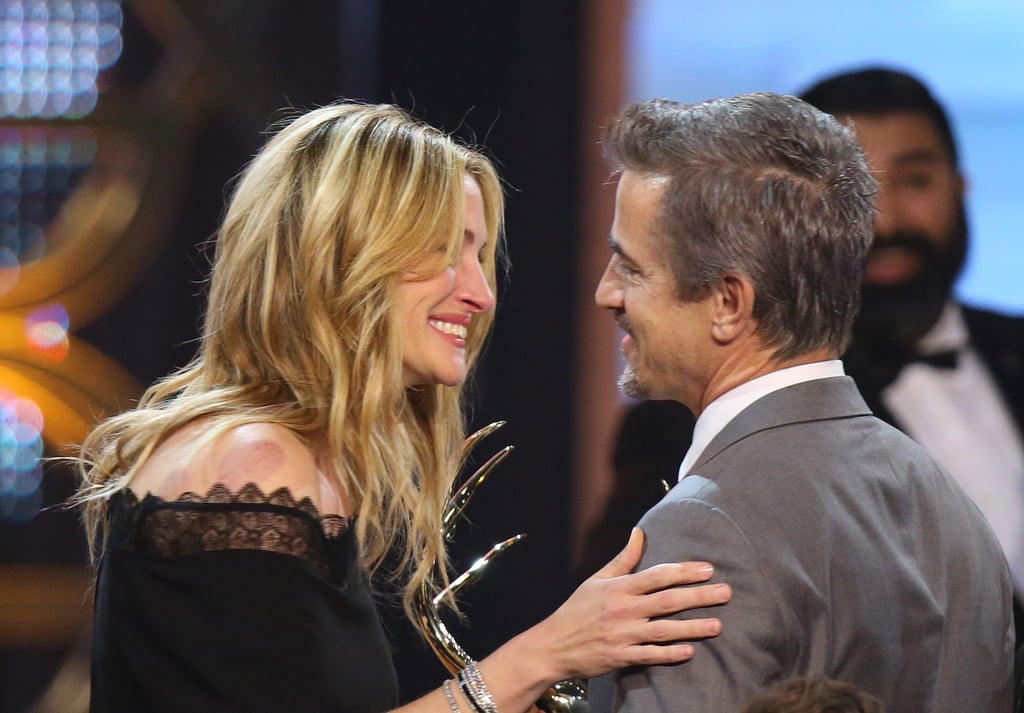 On Saturday night, Julia Roberts made her way to LA's Guys Choice Awards, where she reunited with not one but two of her costars. Upon arriving at the fete — which also brought out BFFs Ben Affleck and Matt Damon — Julia was all smiles as she posed for photos with Dermot Mulroney and Matt Bomer. Inside, Dermot and the actress shared a sweet hug on stage as he presented her with the Woman of the Decade award. Julia and Dermot starred together in 1997's My Best Friend's Wedding and have remained friends ever since, while Matt and Julia appeared together in 2014's The Normal Heart. Dermot even told People, "I've had a great friendship with her and would push these guys out of the way to say something nice about her." Read on for more cute moments, then see Julia's happiest pictures over the years.