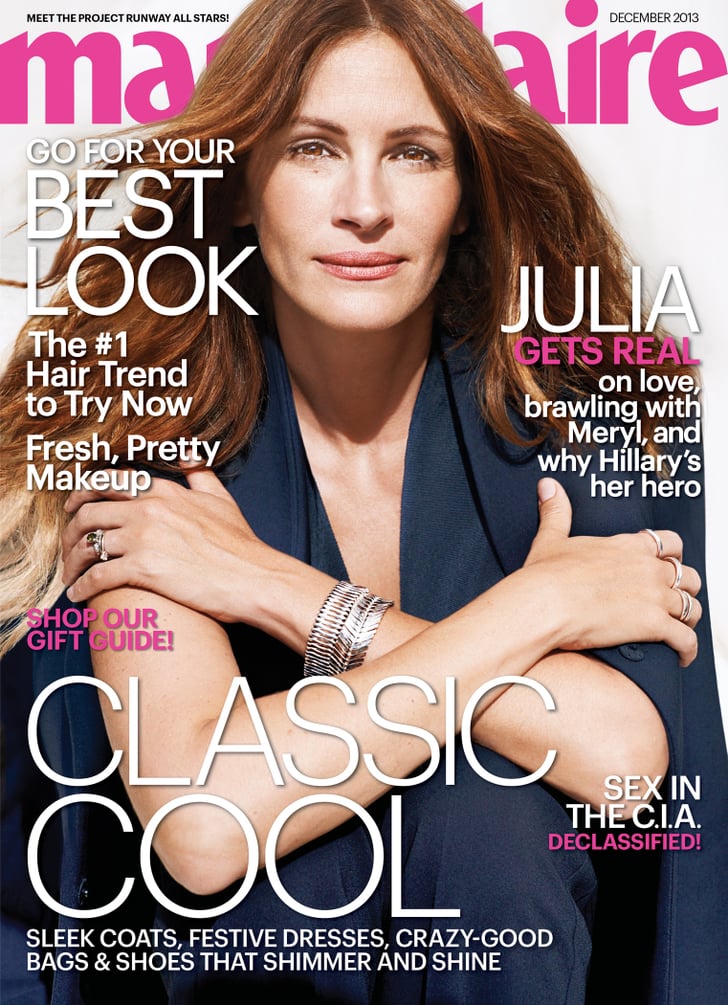 Julia Roberts graces the cover of Marie Claire's December issue, opening up to the magazine about her heroes, her Google habits, and why she steers clear of social media. The actress recently celebrated her 46th birthday, and her new film August: Osage County hit theaters over the weekend. For her Marie Claire interview, Julia sat down with her friend and collaborator Ryan Murphy, talking about her Oscar hopes, her relationship with Hillary Clinton, and how she takes pride in raising a family. Take a look at some of Julia's candid quotes, and see more in the December issue of the magazine, which hits newsstands on Nov. 19.