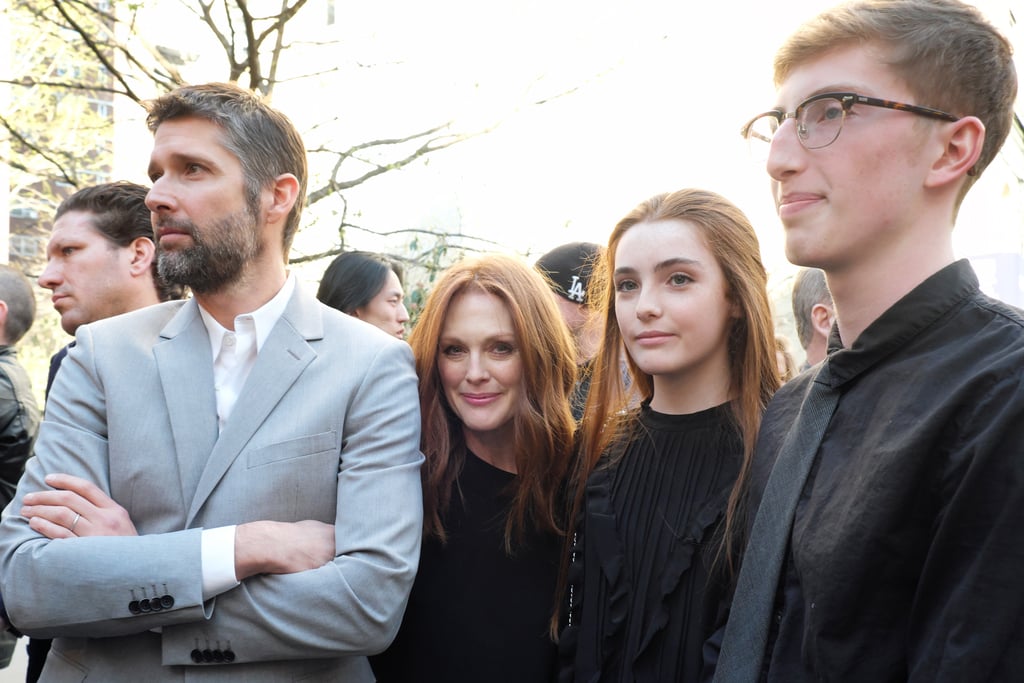 Julianne Moore has one good-looking family! On Thursday, the brood stepped out to support their dad and Julianne's husband, director Bart Freundlich, at the Tribeca Film Festival premiere for his latest project, Wolves. As Julianne and Bart gathered for photos with their children, Liv and Caleb, we couldn't help but notice the striking resemblance between Julianne and her daughter. While the actress attended Variety's Power of Women event in NYC earlier this month, she and her family haven't hit a red carpet together since she was honoured by the Museum of the Moving Image back in January 2015. Keep reading for a look at Julianne's brood, and then check out even more celebrity mums who are nearly identical to their kids.

Nicola Peltz
Nicola and Brooklyn Beckham Deny Victoria Beckham Feud Rumours: "Everyone Gets Along"
by Monica Sisavat 23 hours ago