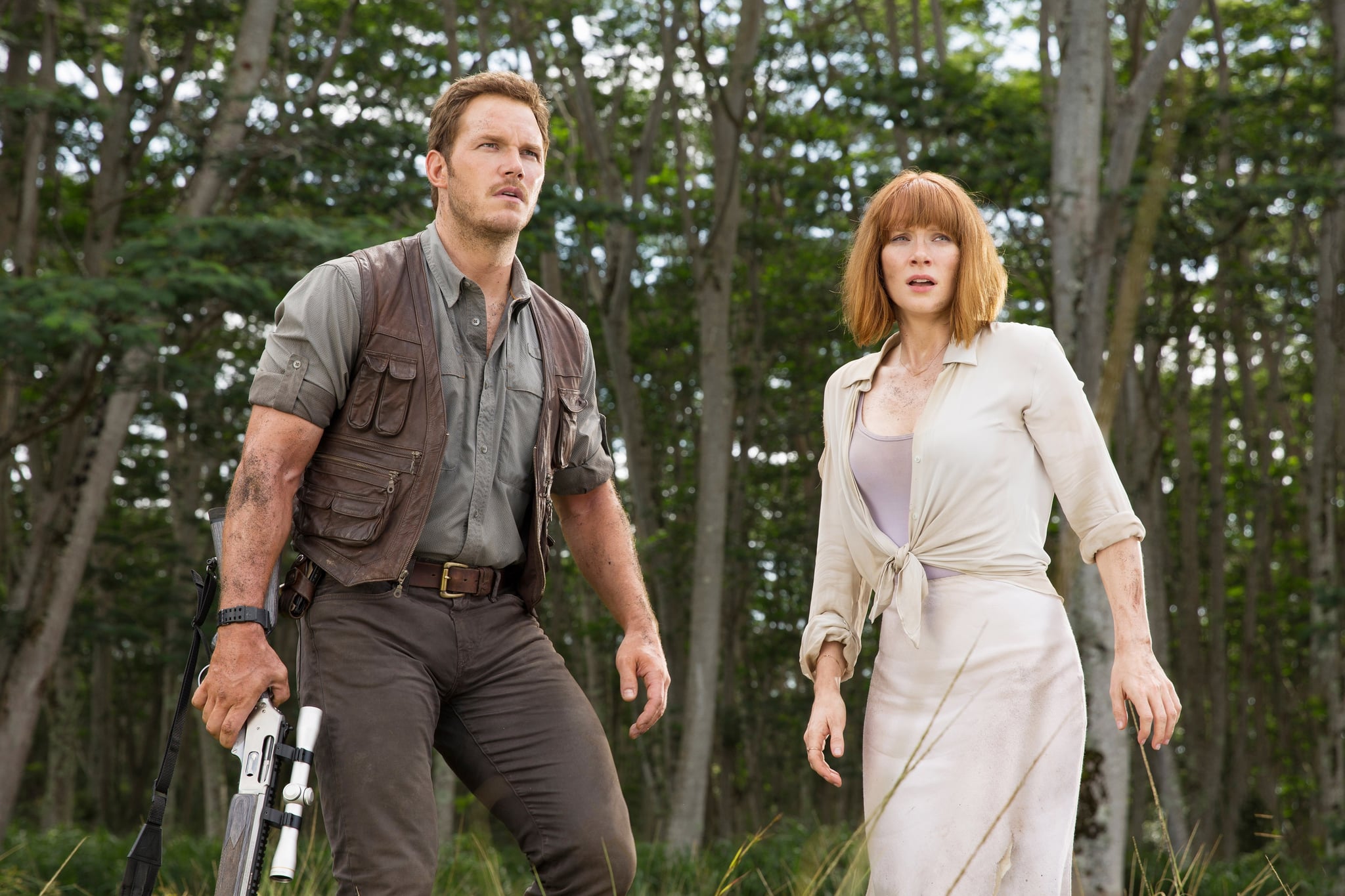 Hold onto your hats, people, because another Jurassic World is on the way. Although the sequel is still untitled and the release date is over a year away, a few bits and pieces of information about it have made their way to the public — and the first photo is here! By all accounts, it sounds like the film is moving in the right direction (i.e., scarier and more suspenseful). Fingers crossed they let Bryce Dallas Howard put on some sneakers this time around.

J.A. Bayona, who directed A Monster Calls and The Impossible, will take the reins from Colin Trevorrow. Despite leaving to direct Star Wars: Episode IX, Trevorrow is staying on board to help out as an executive producer. In an interview with Jurassic Outpost, he touched on the collaborative environment he's fostered with Bayona. "I've been here, I'm in the office right now," he said. "I've been here every day since July working closely with J.A., listening to his instincts, and honing the script with Derek [Connolly] to make sure it's something that all of us believe in."

So far the only official returning cast members are Chris Pratt and Bryce Dallas Howard, who played Owen and Claire in Jurassic World. Trevorrow appeared on the Jurassic Cast podcast in September 2015 to discuss his plans for the sequel, which included details of how he sees Owen and Claire evolving throughout the next two films.

"Owen is going to be in it, Claire is in it, and neither are going to be in the same place we left them in the first movie. And even though Claire is the one who evolves the most over the trilogy, it's her story that mirrors this changing world. Owen has sh*t to deal with. They've both opened Pandora's Box in Jurassic World and both of them are responsible for different elements of it."

If you're worried about seeing another dinosaur-chasing-people-around-on-an-island movie, don't be. Trevorrow said that he thinks "the general audience [is] going to be down to explore where else we can go." Does that mean we're going to see another T. rex on the loose in San Diego, like in The Lost World? Although we'll have to wait and see, we do know one thing: it's going to leave us shaken. "It will be more suspenseful and scary," Trevorrow added. "And that's just the way it's designed, it's the way the story plays out. I knew I wanted Bayona to direct it long before anyone heard that was a possibility so the whole thing was just built around his skillset."

Producer Trevorrow shared this sneak peek on Twitter in March.