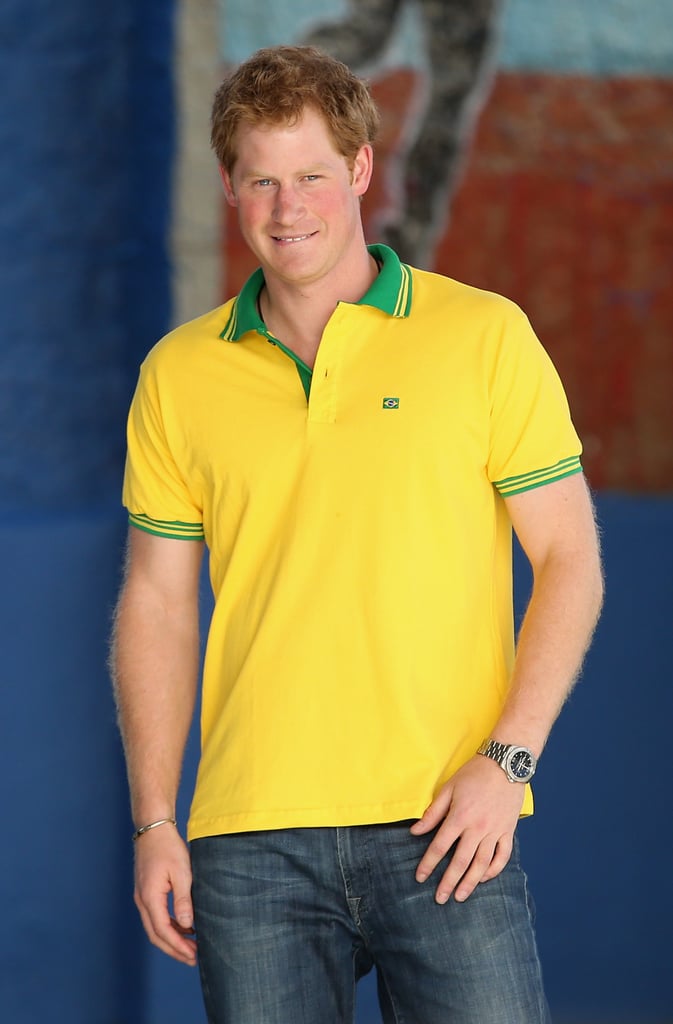 Single Prince Harry made hearts flutter when he pulled double duty on Wednesday with two events during his royal tour of Brazil. First, he visited a small village in the Brazilian rainforest where he planted a tree and greeted local families. Later, he donned a green and yellow polo to show off his soccer skills with a group of children at the ACER Charity center in São Paulo. While at ACER, Harry revealed to reporters that he was on the verge of tears while listening to the kids talk about how they had lost their parents to drugs and violence. "There are two little girls — I'm quite emotional — just looking at them. I wanted to talk about my own experiences, but there is no point because it is just so far removed. The bravery of them looking at me, smiling at me . . . I wanted to use my own experiences in a very small way, to try to give them a bit of understanding about the fact, (that I saw what they) are going through." Harry famously lost his mom, Princess Diana, in 1997 when she was involved in a fatal car accident in Paris.

Harry is currently doing a small tour of Brazil as part of a week-long stop in South America. Earlier in his trip he watched a World Cup match between Brazil and Cameroon but missed out on an opportunity to see his own country, England, compete. Harry has also been spending quite a bit of his time visiting with disadvantaged children and showing off his playful side by kicking around a soccer ball and going canoeing with a group of patients suffering from neurological issues. He will soon be on the move again to spend two days in Chile before wrapping up his duties and heading back home.