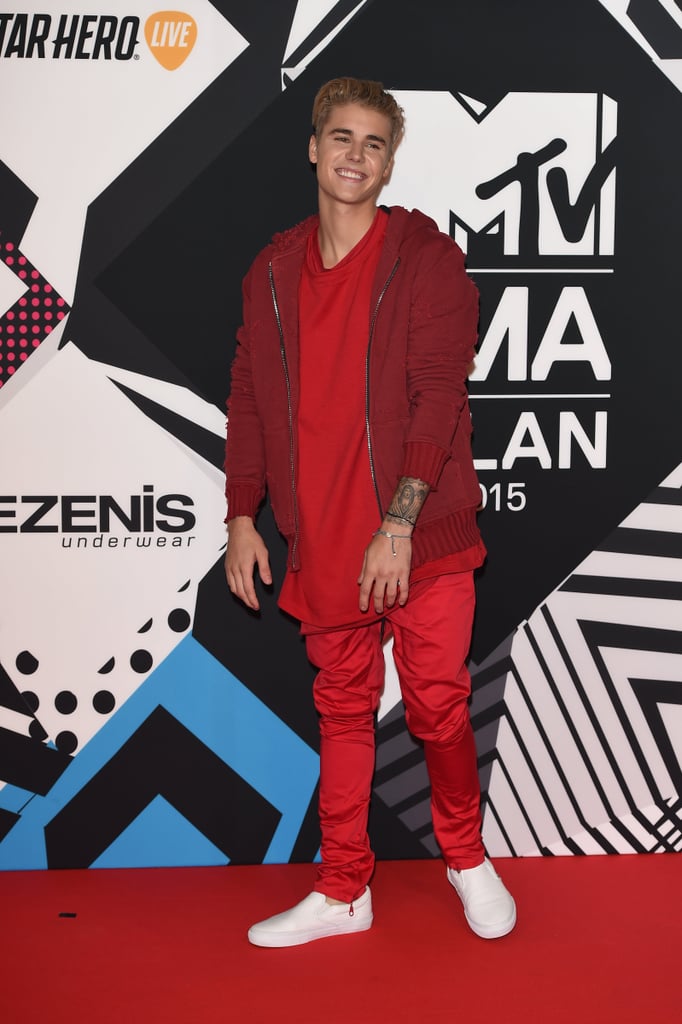 Justin Bieber hit the MTV Europe Music Awards in Milan on Sunday, looking cuter and happier than ever. After getting friendly with fans on the red carpet, the singer made his way inside, where he won awards for best Canadian act, biggest fans, and best male artist. Justin also took the stage for an epic performance of his single "What Do You Mean?" Just a few days ago, Justin dropped a new song complete with a music video from his upcoming album, Purpose, which is set for release on Nov. 13. Read on to see Justin in all his glory, then feast your eyes on his sexiest Instagram selfies.