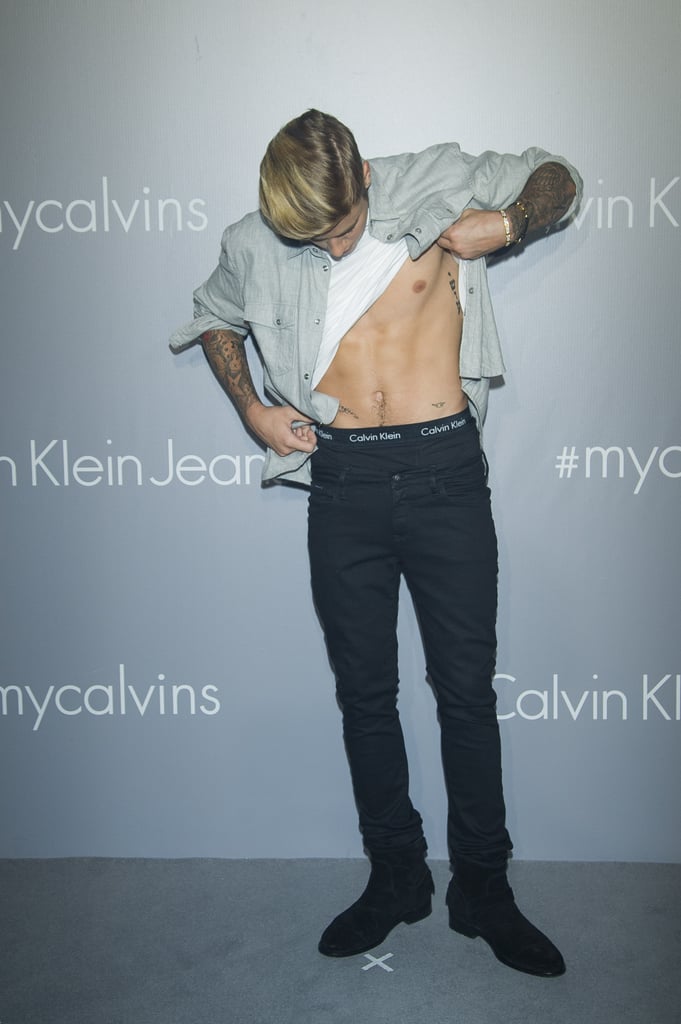 Justin Bieber showed off a lot more than just his singing voice at the Calvin Klein fashion event in Hong Kong on Thursday. Justin, whose ad for the underwear company was hilariously spoofed on SNL earlier this year, posed for photos with Kendall Jenner before flashing his abs on the red carpet. Justin lifted up his shirt and pointed to the results of his hard work before giving photographers a glance at his charming smirk. Once inside, Justin took the stage to perform several of his hit songs, including "Boyfriend" and "Beauty and a Beat." Justin's longtime manager, Scooter Braun, took to Twitter to dish on the amazing party, saying, "Yeah @justinbieber is killin it at the #calvinkleinlive event in Hong Kong. Out of no where he took a request and is playing #onetime!"

Kendall also took to social media to post photos from the event. Shortly before hitting the carpet, Kendall shared a racy photo of herself in a pair of Calvin Klein undies and a matching bra. She then shared a blurry picture of her and Justin goofing off on the carpet, with the caption, "carpet cartwheels! @calvinklein." Keep reading to see more photos of the fun event, then find out which country star Justin is currently crushing on.