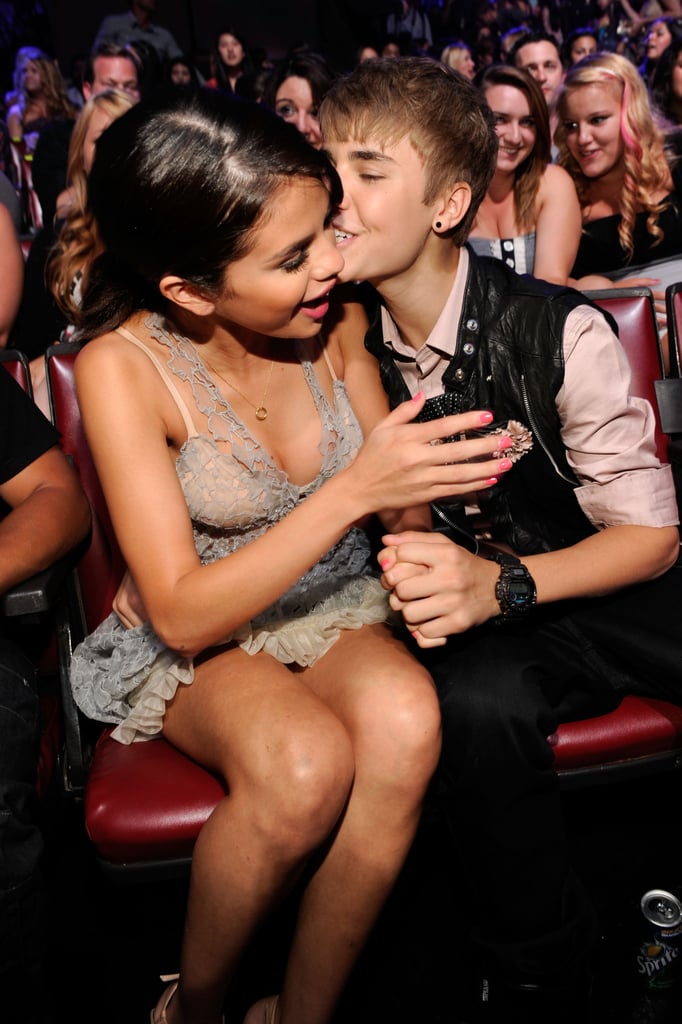 Justin Bieber and Selena Gomez got playful in their seats during last night's Teen Choice Awards in LA. The hot young couple arrived separately, but met up once they got inside and sat side by side holding hands throughout. Justin sneaked in a few kisses with Selena when their duties didn't call them up to the stage. Both Justin and Selena were winners during the show, and she also performed "Love You Like a Love Song" with her band The Scene. Justin gave a big shout-out to all his fans and proclaimed his faith as he stepped up to accept his surfboard from good friend Sean Kingston, who made his first official public outing since his jet-ski accident earlier this Summer. Selena had a handful of costume changes throughout the night, and her super-short mini showed off a daring amount of leg as she cuddled up to Justin. Check out all the Teen Choice Awards red carpet pictures to see her ladylike-arrivals look, too!