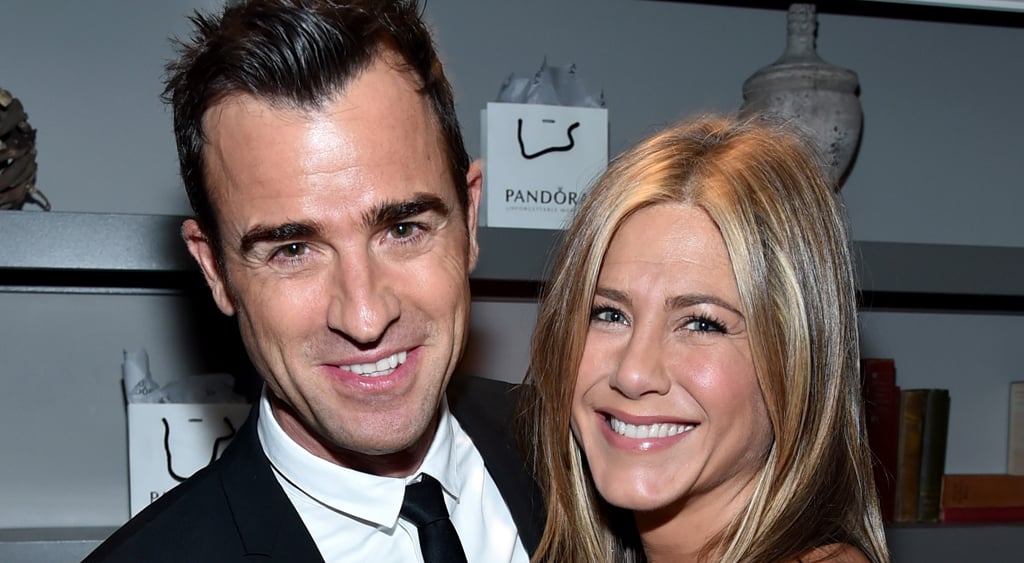 Justin Theroux has been busy making the rounds for his new film The Girl on the Train, and during a new interview with The Sunday Times earlier this week, the actor revealed that it doesn't bother him when people refer to him as Mr. Jennifer Aniston. "It doesn't really get under my skin. It's just one of those things that's a shorthand for describing who I am," he said. He then went on to gush about Jennifer and talk about how proud he is of her, adding, "[Jennifer] is a proper badass. She has lived through a lot of bullsh*t. Many people would have crumbled under some of the stresses that have been put on her. I'm very proud of her for that, for the way she handles herself. So, in a weird way, it's an honour to stand behind her. Truly, in that sense, she's amazing."

Justin grabbed headlines last week following his comments on Brad Pitt and Angelina Jolie's recent split. In an interview with Business Insider, the actor called the breakup "terrible news" and said it was "nonsense" that Jennifer was being thrown into the middle of the drama. Likewise, Jennifer's BFF Courteney Cox also came to her defence.