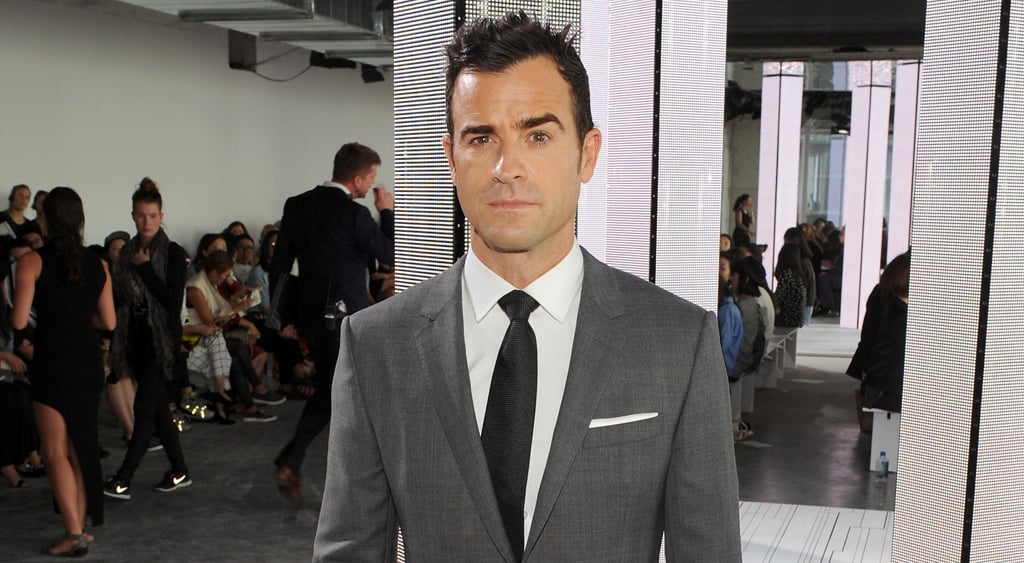 Justin Theroux has been busy promoting his latest film, The Girl on the Train, and during a recent interview with Business Insider, Jennifer Aniston's husband was asked to weigh in on Brad Pitt and Angelina Jolie's recent split. "As a child of divorce, all I can say is that's terrible news for those children, and that's all you can really say," he responded, referring to the couple's six kids, Maddox, Pax, Shiloh, Zahara, and twins Vivienne and Knox. "It's boring to sort of comment on anything else. People are having a bad time — that's horrible."

As for what he thinks about Jennifer being thrown into the middle of the drama, he called it "nonsense." "There's an endless appetite for trash, apparently, though everyone would say that they don't have that appetite, but I think a lot of people do because people buy it," he continued. "But there are bigger things to b*tch about. It's shocking how much bandwidth things can take up when there are far more important things going on in the world."