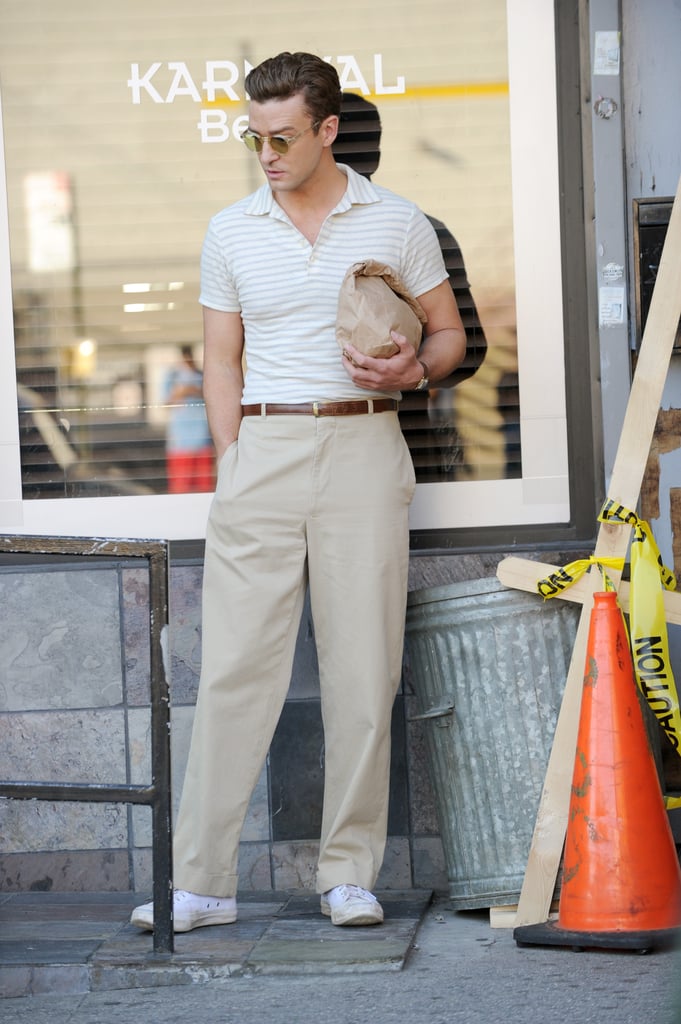 Justin Timberlake has been hard at work on the set of a new Woody Allen project in NYC for the last few weeks, where he's been spotted filming a scene as a lifeguard (in an amazing, old-timey bathing suit) and having a heated argument with costar Kate Winslet. The film is reportedly a romantic drama set in the 1950s, which accounts for all of the vintage ensembles he's been sporting lately. His Tuesday filming session with Kate and actress Juno Temple was no different. The actor, who celebrates his fourth wedding anniversary with wife Jessica Biel on Wednesday, looked like he'd stepped straight out of a time machine as he shot some scenes while rocking high-waisted khaki trousers and a white polo. If anything, this only proves that JT would look damn good in any era.