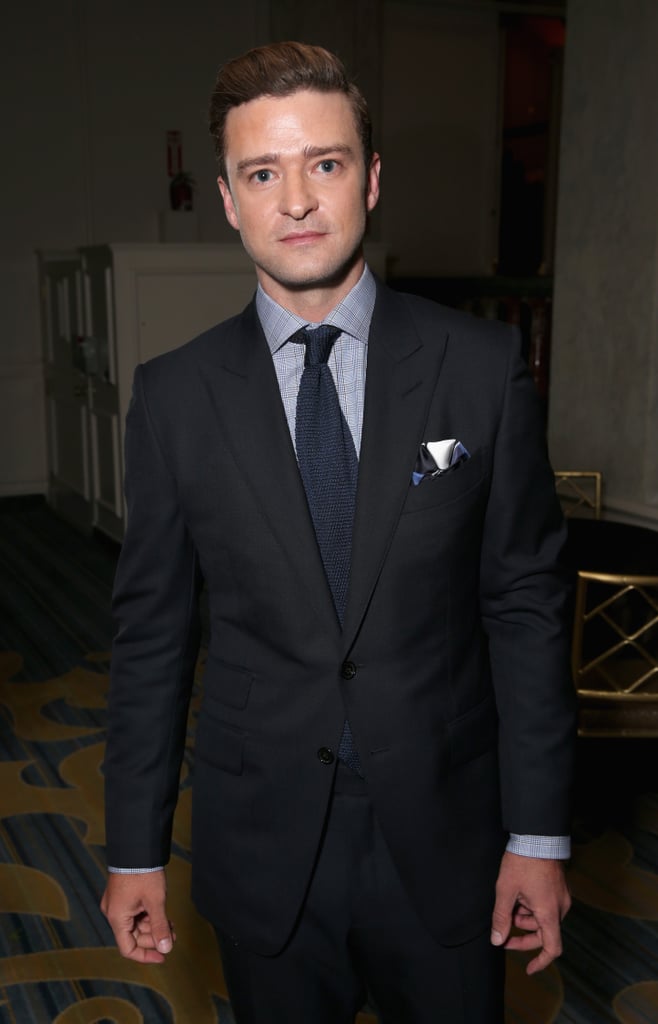 A few days after Justin Timberlake had the entire Teen Choice Awards audience in stitches, the "Can't Stop the Feeling" singer had a handsome night out at the Hollywood Foreign Press Association's Grants Banquet. Held at the Four Seasons hotel in Beverly Hills on Thursday, the gala attendees personally heard from Justin while he gave an animated speech on stage. Dressed in a sharp grey Tom Ford suit, the always-stylish actor also spent some quality time with legendary actor Warren Beatty, who he happily posed with for photographers. See more photos from Justin's evening ahead!