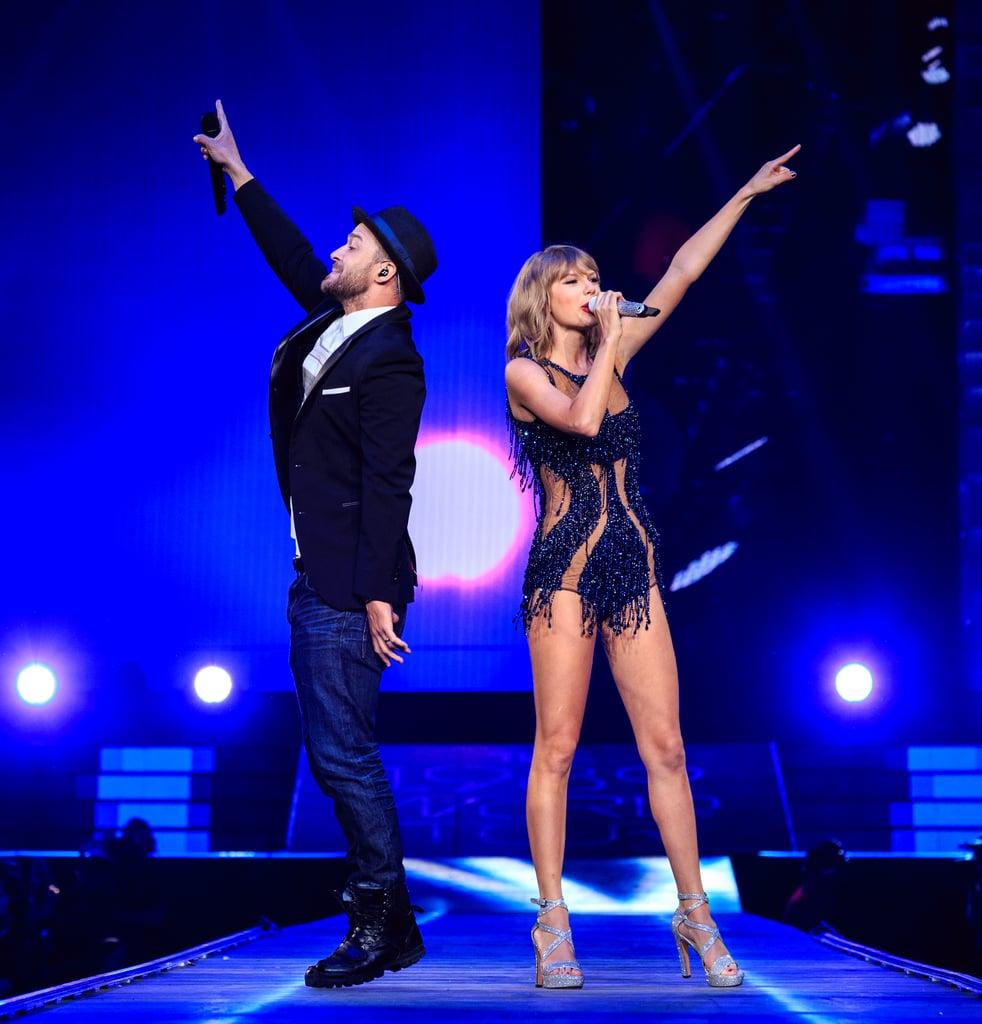 In yet another epic guest performance during her 1989 world tour, Taylor Swift brought up Justin Timberlake during her final show at the Staples Center in LA on Wednesday. The new dad, who welcomed son Silas in April with wife Jessica Biel, hit the stage on Aug. 26 to sing his hit "Mirrors" for the sold-out stadium. Justin got epic cheers from the crowd as Jessica and her mum watched from the audience. Justin follows Taylor's other guests this week, which included Ellen DeGeneres, John Legend, and Alanis Morissette.

The fun appearance comes just a few weeks after Justin and Jessica made their first postbaby appearance together while running errands in LA. But the couple will hopefully step out on the red carpet this Autumn, as they are set to receive the Inspiration Award for their work with children and their support of the LGBT community at the GLSEN Respect Awards on Oct. 23. Keep reading to see more photos and video of Justin's epic performance, then check out 30 times he gave you tunnel vision.