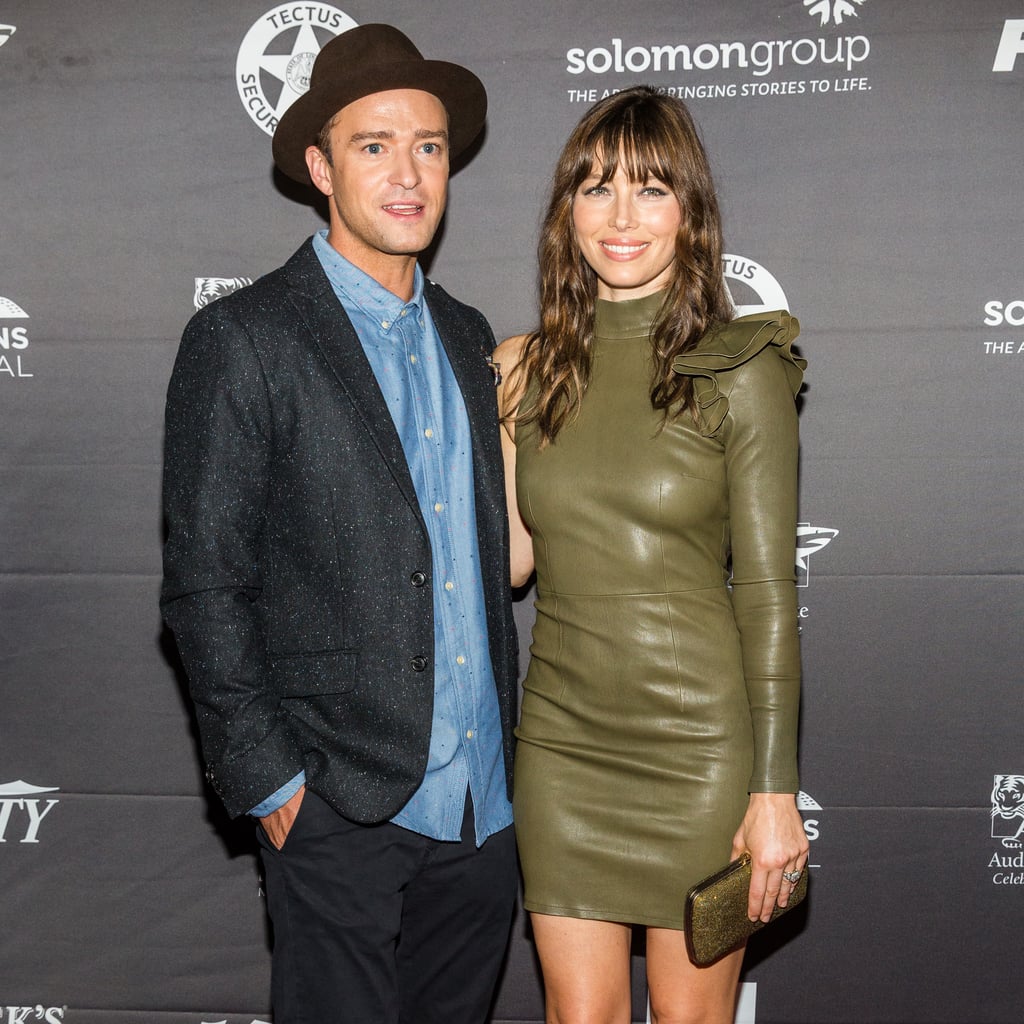 Saturday night was date night for Justin Timberlake and wife Jessica Biel at the New Orleans premiere of The Book of Love. The duo walked the red carpet together at the Entergy Giant Screen Theater and posed for photos before heading inside for the screening of the film, in which Justin serves as a composer and Jessica stars alongside Jason Sudeikis and Maisie Williams. The movie, which was formerly known as The Devil and the Deep Blue Sea, follows an introverted architect named Henry, who, after the death of his wife, sets out to help a homeless teen named Millie build a raft to sail across the Atlantic.

We haven't seen much of Justin and Jessica together on the red carpet since they popped up at the NYC premiere of The Book of Love earlier this April, though they did hit up a golfing range in August, and on Thursday, Jessica shared an Instagram of herself in a winning moment against Justin.