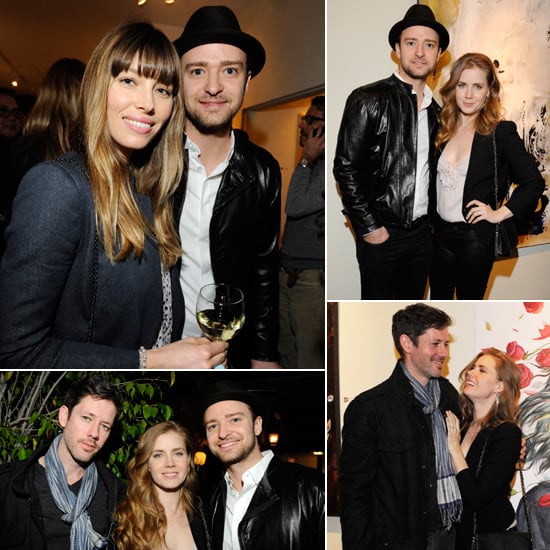 Justin and Jessica Celebrate a Big Night With Amy Adams

Justin Timberlake and his Trouble With the Curve costar Amy Adams got together for a big night at LA's Trigg Ison Fine Art gallery last night. They cohosted a new exhibition of Amy's fiancé Darren Le Gallo's work called Nothing You Don't Know. Both JT and Amy showed PDA with their partners — she cuddled up to Darren for multiple photos, while Justin and his wife of four months, Jessica Biel, did the same.

The night out comes during an exciting week for Justin. Earlier he revealed the cover for The 20/20 Experience, his new album due out March 19. Also, yesterday it was confirmed that JT's earned himself a new job. Justin's the creative director of Bud Light Platinum. In a statement he said, "Bud Light Platinum brings a refined, discerning aesthetic to beer that plays well with what I'm doing." We'll see JT in his first beer ad this Sunday during the Grammys.