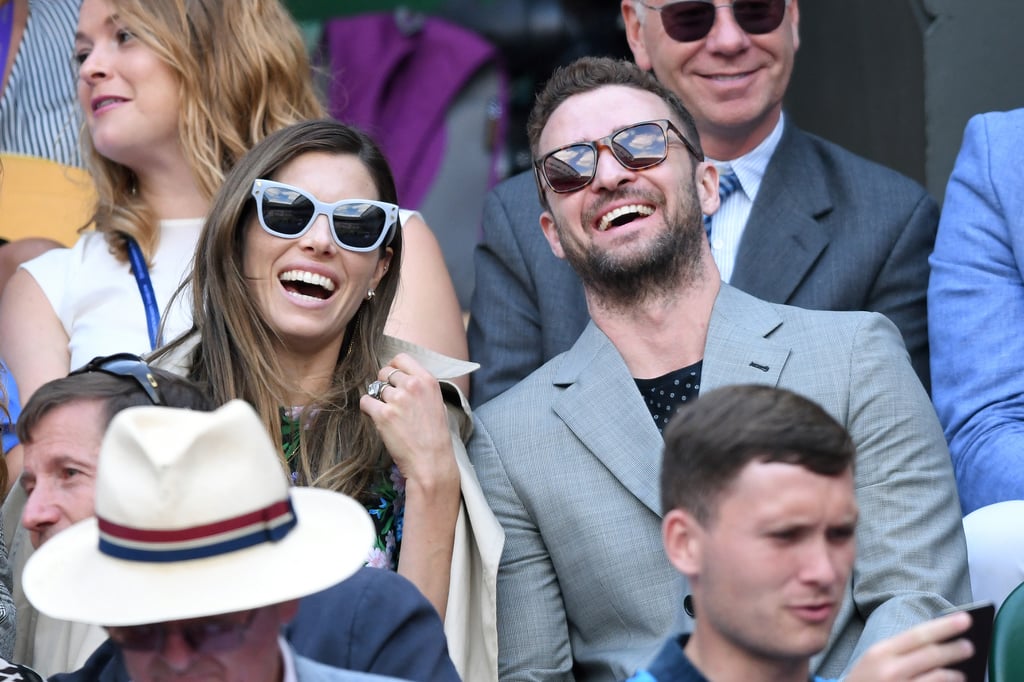 Justin Timberlake and Jessica Biel made the most of their overseas trip by checking out a match at Wimbledon in London on Tuesday. The couple, who have been married since 2012 and are parents to 3-year-old son Silas, were seen smiling, laughing, posing for photos, and cheering in the stands. The singer is currently in London as part of his Man of the Woods tour, and is playing at the O2 Arena this week. Justin announced his support for England in the World Cup, and let fans know that he'd be playing the semi-finals match against Croatia before his show on Wednesday. Justin and Jessica touched down in the UK after some fun in Paris last week. While there, Justin dropped his new Summer jam "Soulmate," which has been playing on repeat ever since.