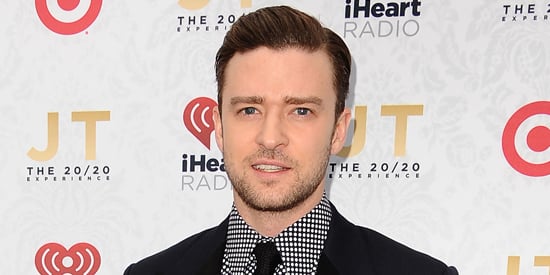 Justin Timberlake is the latest celebrity to weigh in on the scandalous Miley Cyrus performance that rocked the VMAs — and he's coming to Miley's defense! When asked about the performance, he compared it to classic VMA performances from Madonna and even ex Britney Spears. "Madonna: wedding suit, humping the stage. Britney: strip tease," Justin told CBS. "This is not an uncommon thing. I actually thought all the bears were really cool!"

Justin continued to defend Miley, saying, "Listen man, you know, it's the VMAs. What did you guys expect? I like Miley. I like her a lot. I think, you know, she's young. She's letting everyone know that she's growing up. I just think it's the VMAs. It's not like she did it at the Grammys. Let her do her thing. You know?" What do you think?