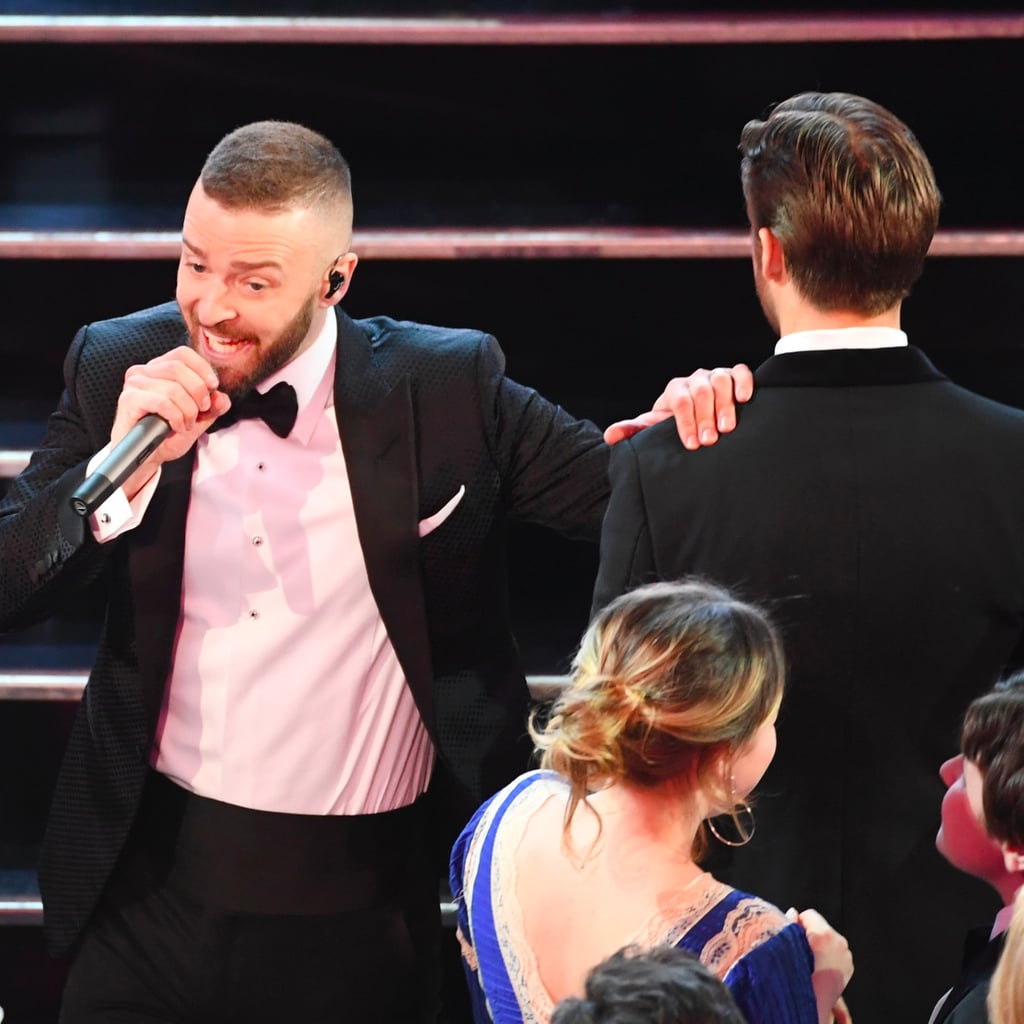 Before becoming Hollywood heartthrobs, dads, and Oscar nominees, Justin Timberlake and Ryan Gosling got their start together on The Mickey Mouse Club back in the 1990s. While the two were good friends back then — Justin's mum even became Ryan's legal guardian during the last six months of filming — the two had a rather awkward encounter at the Academy Awards on Sunday night. During Justin's energetic opening performance of "Can't Stop the Feeling," he danced through the audience and stopped to interact with other stars, including Ryan, who looked less than excited when Justin came over to him and rested his hand on his shoulder.

Earlier this month, Justin revealed to The Hollywood Reporter that things have chilled between the former pals. "We aren't the closest of friends, for whatever reason," he told Jimmy Fallon in the interview. However, after the performance, the two were spotted chatting in the audience with Ryan's sister, Mandi — so maybe things are on the mend? Either way, this isn't exactly the MMC reunion we were hoping for, so here's a throwback video of Justin and Ryan performing on the show together to make up for it.