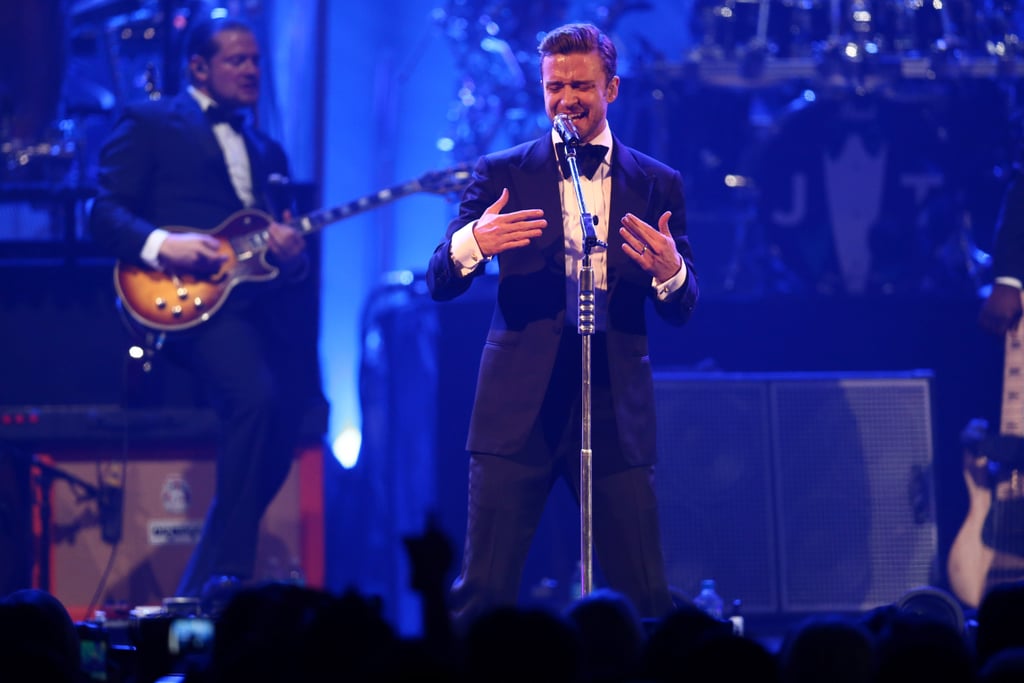 Justin Timberlake took the stage at DirecTV's Super Saturday Night party in New Orleans last night. He debuted new songs from his upcoming album, The 20/20 Experience, and sang older hits such as "Like I Love You" for the crowd. He had some help making his Super Bowl comeback when he was joined on stage by two surprise guests, Jay-Z and Timbaland. Jay-Z accompanied Justin on their new track, "Suit & Tie," and Timbaland helped JT resurrect his past with "SexyBack" — click through to watch the performances.

It is an exciting time for Justin, who along with preparing for the release of his new album, announced he will perform at this year's Grammy Awards. His pre-Super Bowl concert was just one of the festivities stars are taking part in for the big game in New Orleans — see all the stars partying during Super Bowl weekend.