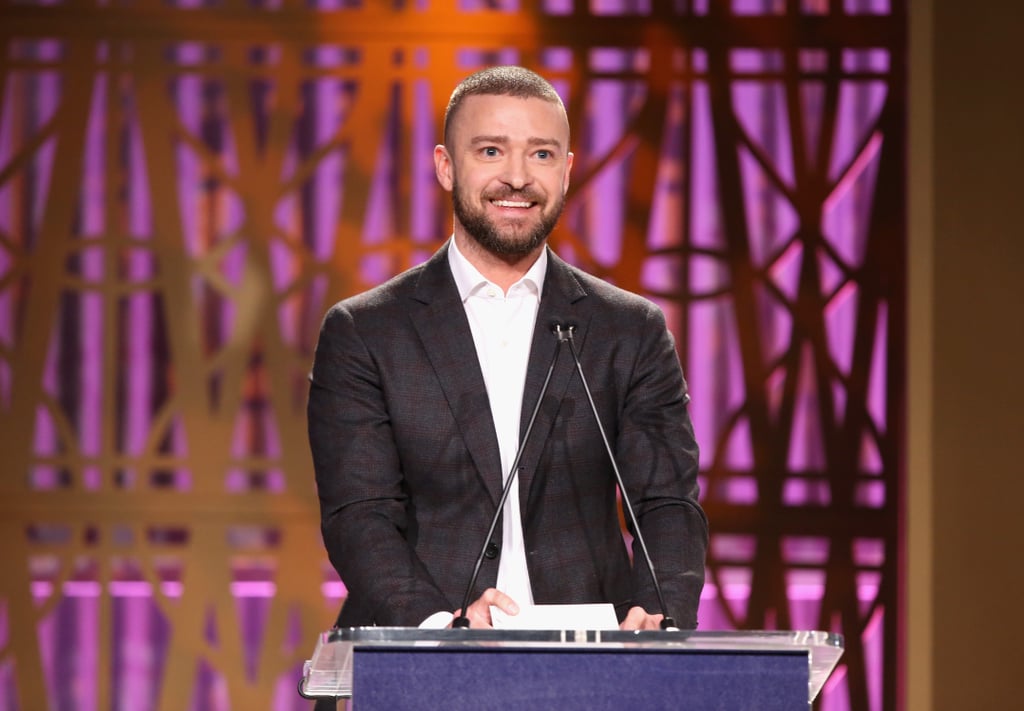 Justin Timberlake helped honour some incredible women during The Hollywood Reporter's Power 100 Women in Entertainment breakfast on Wednesday. As one of the few men on hand for the ceremony, the singer gave an impassioned speech to the women in the room, but not before breaking the ice with a few jokes. "Angelina [Jolie] warned me that I was basically only here to be objectified so that's absolutely fair," he joked on stage. "I'd like to say to all of the women — strong, beautiful souls: I'm happy to be here to be your arm candy . . . When The Hollywood Reporter called me and asked me to be your b*tch, I said, 'Oh, I might like that.'"

Of course, being "objectified" wasn't the only reason he was there. During the ceremony, the singer presented scholarships for The Hollywood Reporter's Women in Entertainment Mentorship program. "I was raised by a strong woman," Justin continued during his speech. "I was lucky enough to convince a strong woman [Jessica Biel] to marry me, and she got nominated for a Critics' Choice Award today. I will be her b*tch anytime."

Aside from singing his mother and wife's praises, Justin took a moment to address men in Hollywood. "To the men in this room. I see a lot of great men who I also look up to. I think we actually are here because we deserve the opportunity to speak up, to stand when something is not right. We need to go to work. It's not our responsibility; it's our privilege, because at the end of the day if you can be lucky enough to be raised by a strong woman and convince a strong woman to marry you, you will realise that we are nothing without the strength of women."