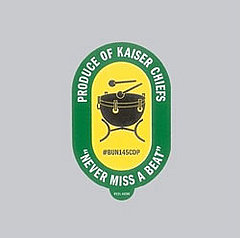 Kaiser Chiefs released single "Never Miss A Beat" this week, featuring New Young Pony Club and Lily Allen on backing vocals. The song is off the band's new album Off With Their Heads, which is released on 20th October.

So take a look at the video and listen to the song below, and let me know — are you spinning the Kaiser Chiefs? Or slinging this song out?