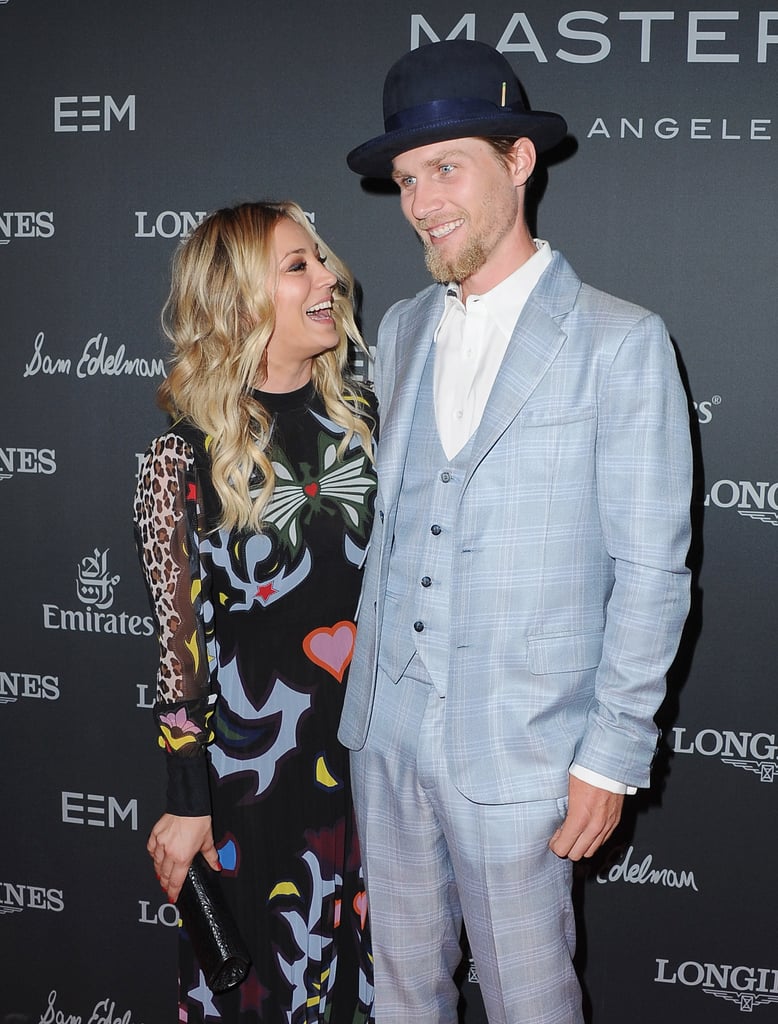 Kaley Cuoco and her boyfriend, Karl Cook, made their relationship red carpet official when they attended the Longines Masters Los Angeles Gala in Long Beach, CA, on Thursday. The couple showed sweet PDA as they walked the carpet hand in hand. While Karl wore a blue suit and a navy hat, Kaley looked bohemian in a long, colourful dress. Not only did they keep each other close during the event, but they couldn't help but share a few laughs as they posed for the cameras. The Big Bang Theory actress was first linked to the equestrian back in March, just six months after she divorced tennis pro Ryan Sweeting. Since then, Kaley and Karl have shared some sweet outings around town as well as a handful of cute pictures together on social media.