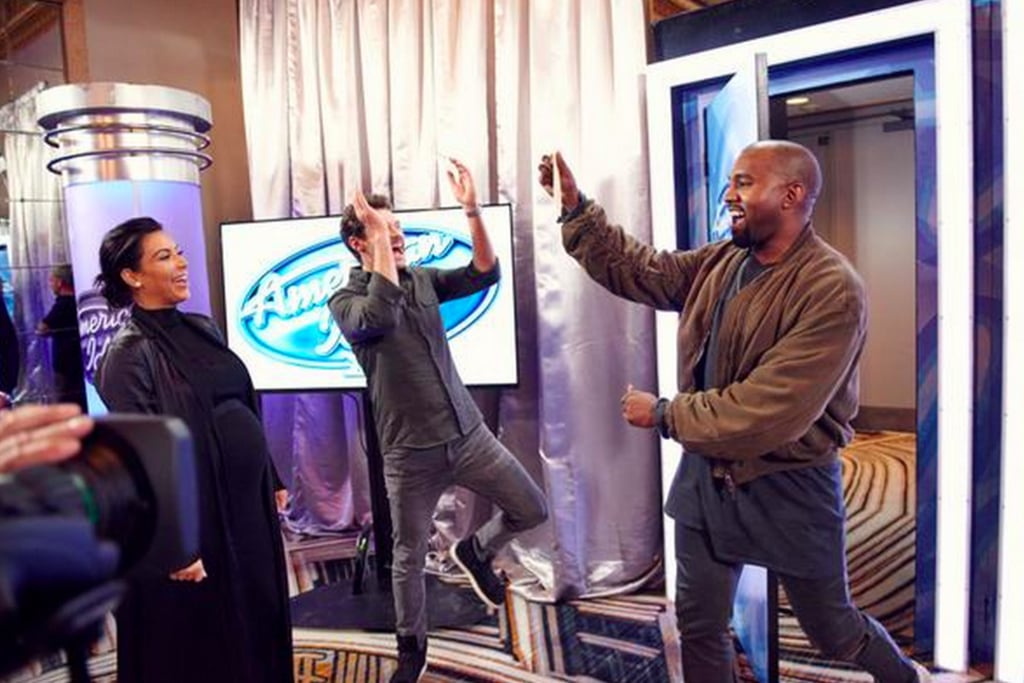 Just when you think you know Kanye West pretty well, he goes and auditions for American Idol. Judges Jennifer Lopez, Keith Urban, and Harry Connick Jr. were expecting yet another amateur to stroll into the San Francisco auditions on Saturday, but instead, they got Kanye. He and his wife, Kim Kardashian, paid an unexpected visit to the set, meaning the show is really going all out for its final season! Thanks to American Idol's Twitter account and a random YouTube video, you don't have to wait until January to see his cameo. Take a look below to see all the pictures, plus the video!

BTS
BTS Just Covered "I'll Be Missing You," and Suddenly, We're Ready to Live Like It's 1997
by Grayson Gilcrease 5 days ago

Celeste
Celeste on the UK Government and the Music Industry: "I'd Rather Feel Fulfilled Than Censored"
by Navi Ahluwalia 5 days ago