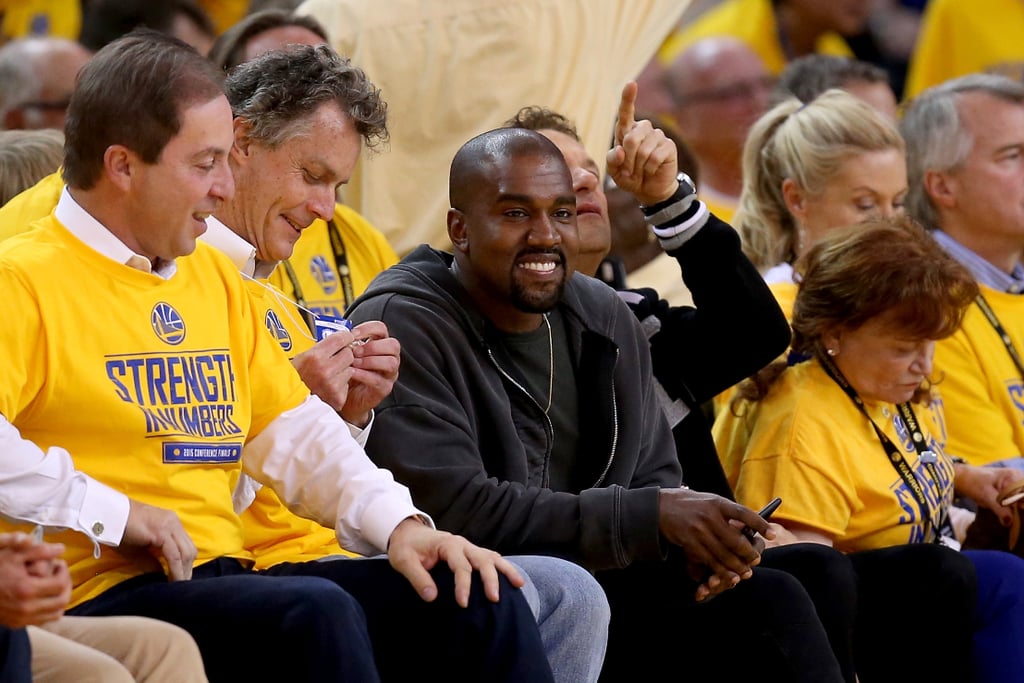 Kanye West made a trip to Northern California on Wednesday to watch the Golden State Warriors play the Houston Rockets in game five of the NBA playoffs at Oakland's Oracle Arena, and unsurprisingly, he had a prime floor seat. Kanye actually managed to crack a smile during the excitement of the Warriors' big win, despite the crowd reportedly booing him when his face popped up on the Jumbotron. Kanye wasn't the only one thrilled about the Warriors moving on to the NBA Finals for the first time in 40 years — NBA MVP Stephen Curry's daughter, Riley, couldn't have been cuter celebrating her dad's victory on the court, and she even made another hilarious appearance at the postgame press conference.