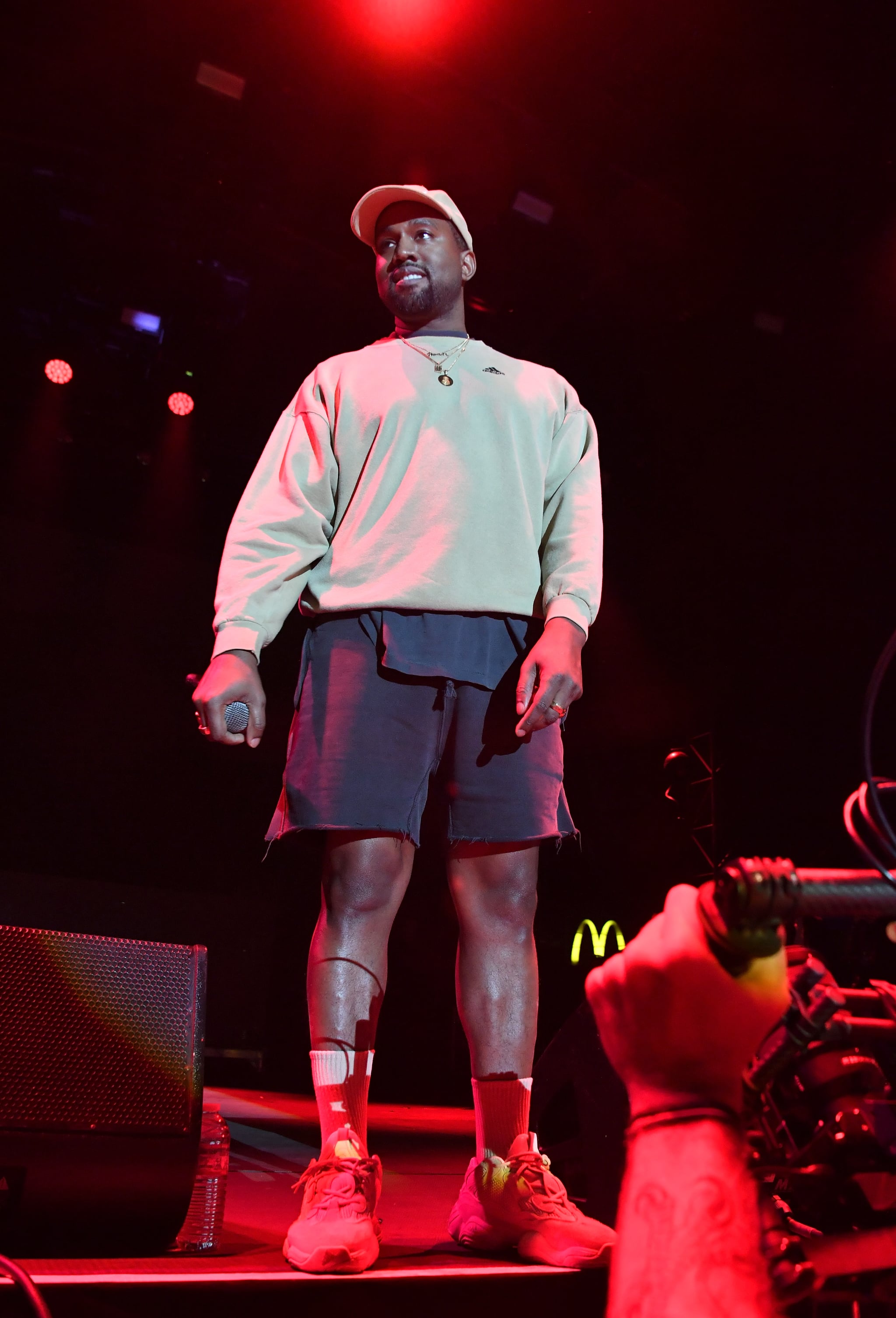 What could this mean? Kanye West surprised everyone when he took the stage at the Adidas NBA All-Star Weekend event in Los Angeles on Feb. 18. The star introduced Kid Cudi and the two performed "Father Stretch My Hands Pt. 1" from Kanye's Life of Pablo album. This performance comes just four months after the two took the stage together during Kid Cudi's tour stop in Chicago.

Recently, Kanye has been spotted out in public with a huge smile on his face and laptop in hand, which is raising speculations that he's actively working on a new album. He re-activated his Instagram page on Valentine's Day to post photos of iconic couples through the years and is slowly coming back to the spotlight. We are waiting on the edge of our seats to see what he's up to, but in the meantime, we will be enjoying the spectacular performance of him and Kid Cudi, below.

Lil Nas X
Lil Nas X Now Has His Own Damn Day in Atlanta, So What Could Possibly Be Next?
by Kelsey Garcia 5 days ago