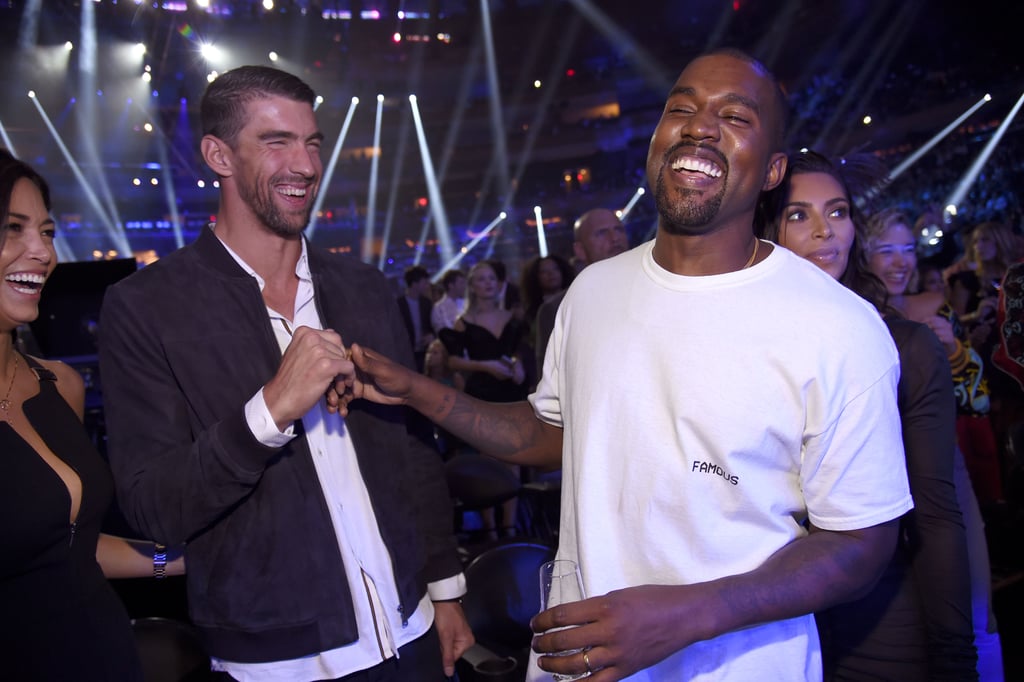 Kanye West Was His Old, Lovable Self at the VMAs, and It Was Adorable

When it was announced earlier this month that Kanye West was going to attend the MTV Video Music Awards and have free rein to do whatever he wanted while at the microphone, some people were hesitant about what that might mean. Going off his old award show appearances, Kanye has proven on multiple occasions that he can be somewhat unpredictable and always outspoken. But when the "Fade" rapper attended Sunday night's show in New York City with his wife, Kim Kardashian, we couldn't help but notice how relaxed and genuinely happy he seemed to be there.

After flashing a huge smile while cuddling up to Kim on the white carpet, Kanye took his seat inside and appeared to soak up every single moment. He shook hands with winners, joked around with the people seated near him, continuously doted on Kim, and flashed a countless number of grins. And when he hit the stage to give his speech and present his music video for "Fade," he was completely relaxed, joking around about his feud with Taylor Swift and his ex-girlfriend Amber Rose all in good fun. Instead of trying to argue his point with fighting words, he was just talking. The whole night felt reminiscent of his College Dropout days, when he always seemed like a regular, humble guy from Chicago.