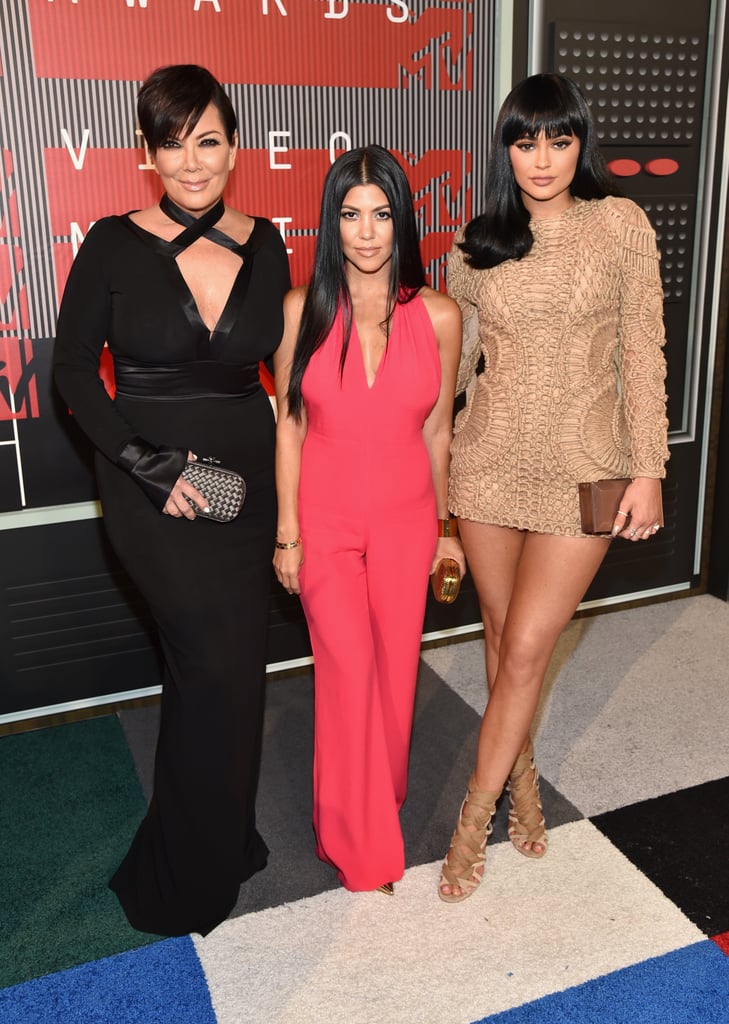 The Kardashian-Jenner Girls Completely Take Over the MTV VMAs

When it was announced earlier this week that Kanye West would be receiving the Michael Jackson Video Vanguard Award at Sunday's MTV VMAs, we had a funny feeling that his famous family members would show up in support of the big honour. Needless to say, Kanye's wife, Kim Kardashian, hit the red carpet with the rapper at the Microsoft Theater in LA, showing off her growing baby bump in a tan dress and posing for photos inside with Chrissy Teigen and Nicki Minaj. Kim brought along her sisters Kourtney Kardashian and Kylie Jenner, who presented an award alongside Ne-Yo, as well as her mom, Kris Jenner, who posed for photos with her boyfriend, Corey Gamble.

Kim and her sisters have been staying closer than ever this Summer, and naturally, they've shared tons of social media snaps along the way. They most recently got together for a birthday party for Khloé's new boyfriend, NBA player James Harden; the group got silly and smiley in the photo booth. They also celebrated Kylie's 18th birthday with a lavish bash in LA and a family vacation in the South of France. It looks like Kanye's huge career milestone is the perfect way to close out a very eventful few months. Keep reading to see all the photos from the group's big night.