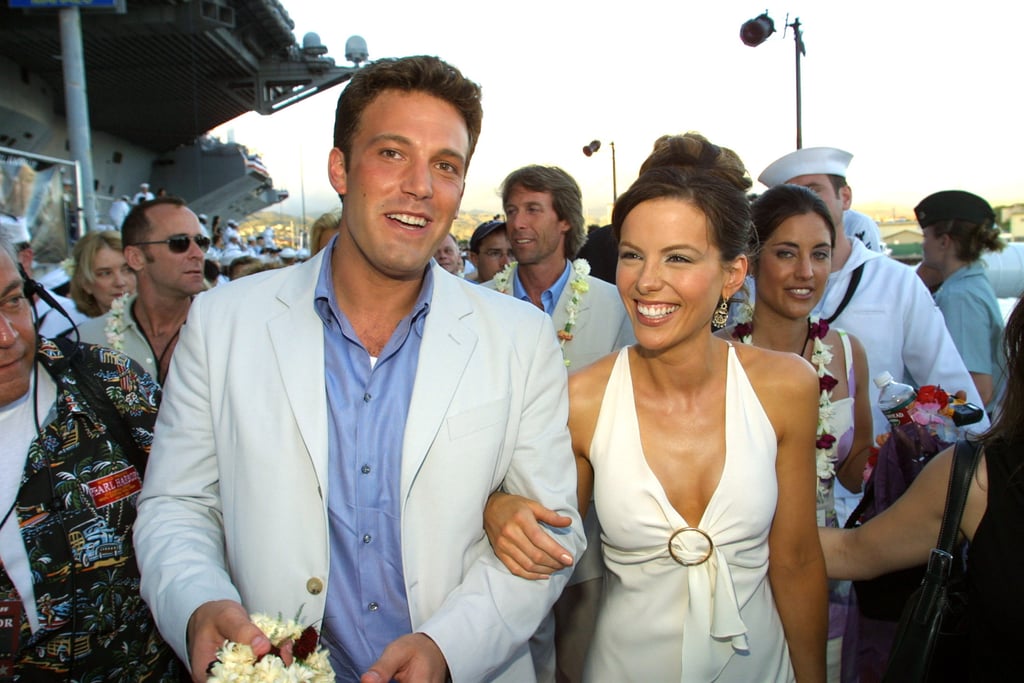 Pearl Harbor might not go down in history as a classic film, but when it was released in 2001, it catapulted its female lead, Kate Beckinsale, into the big time. She'd already made a name for herself in period films and indie movies, but the big-budget blockbuster — in which she romanced both Ben Affleck and Josh Hartnett, be still our teenage hearts — made her a global star. And what we loved back then was something that's never really changed: Kate always looks like she's have serious fun! While her outfits may be a little more polished now than they were back then, she's barely changed, still sporting the same glossy brunette locks, golden tan, and megawatt smile. Take a nostalgic look back at the year that Kate became a megastar, then remind yourself of one of her more recent OMG red carpet moments.